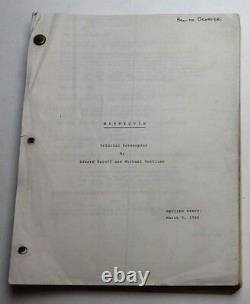 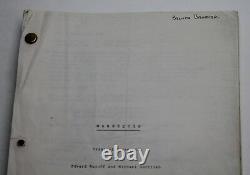 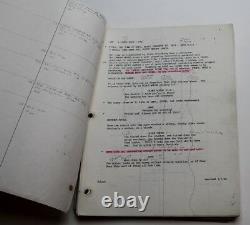 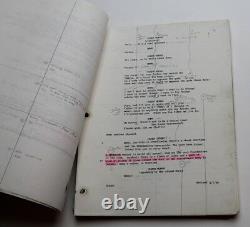 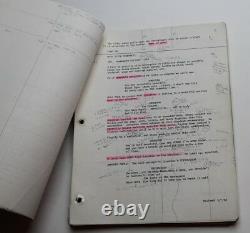 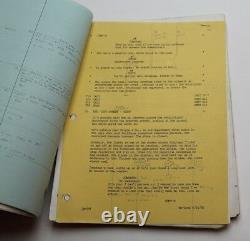 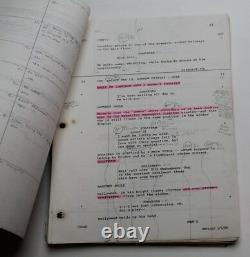 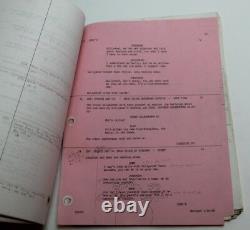 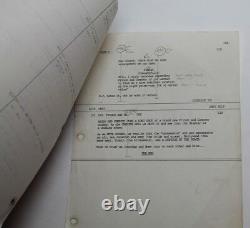 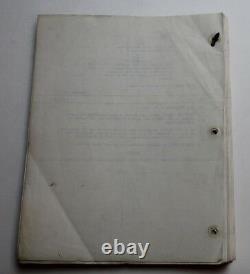 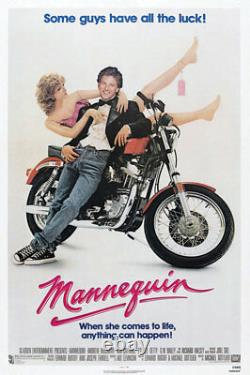 Script Last Dated: March 3, 1986. This is a movie script from the 1987 Fantasy movie, " Mannequin ". This script was used by the script supervisor, Benita Brazier. There are a lot of hand written pencil annotations throughout this script. Some of the handwritten pencil annotations inside are smeared and can not be read, but the majority of the annotations can be read easily. It has multi-colored revision pages inside and is 108 pages long. Please view the pictures above carefully. The script inside is in very good overall condition. Jonathan Switcher is a young artist. He just doesn't seem to last in any job he does. But when he builds a mannequin, he makes it so perfect, he falls in love with it. It is the first thing he has made that makes him feel like a real artist. The mannequin ends up in the window of a big department store. When he saves the life of an old lady who happens to be the owner of that store, he is rewarded by getting a job at the store as stock boy. Later the mannequin comes to life as Emmy, who was an ancient Egyptian living in the year 2514BC. The two redesign the window display to make it most eye catching in town.

The store competitors are not happy and will do anything to stop them! POSTER IS NOT INCLUDED, IT IS JUST BEING USED AS A VISUAL REFERENCE.

Once you check off this little box it will allow you to search for a specific word that is contained in any of our listings' actual description. Here all of the original movie scripts will be categorized by decade, which will help you to narrow down what you are looking for by the year it was made. The item "MANNEQUIN / Edward Rugoff 1986 Movie Script Screenplay, Andrew McCarthy" is in sale since Saturday, May 30, 2020. This item is in the category "Entertainment Memorabilia\Movie Memorabilia\Scripts\Originals\Unsigned".