Original, Authentic Script of the Movie Casablanca Signed by Bogart HALF PRICE 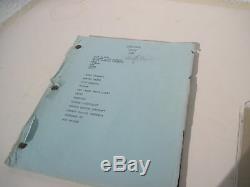 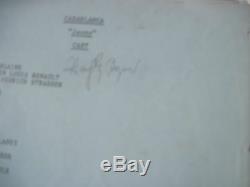 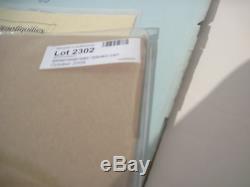 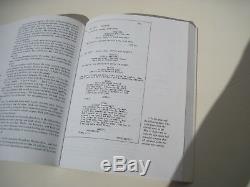 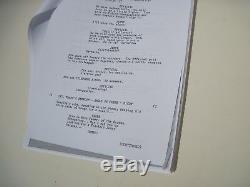 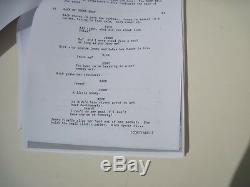 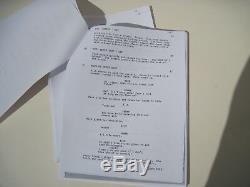 Original, Authentic script of the GREAT CLASSIC MOVIE "Casablanca" ONE OF THE GREATEST MOVIES OF ALL TIME!!!!!!!! Casablanca (and the Maltese Falcon) are what made Bogart famous. The condition is very good, except for a few tears to the facing page, total of 54 pages, broken into: Teaser (page 2); Act One page 5; Act Two page 20; Act Three page 35; Act Four page 44; Tag page 53. Fascinating piece of important American culture: Here Jenny leaves in a bus going to Egypt, not on an airplane; Jenny is an American prostitute; FASCINATING TO SEE HOW THE SCRIPT WAS WRITTEN AND CHANGED MANY TIMES. THIS BELONGS IN A MUSEUM!!!!!!!!!!!

The leading book on the movie is "The Making of Casablanca" by Aljean Harmetz , 1992, 2002; c. 400 pages; Chapter 3, "Writing Casablanca: A Survival of the Fittest Script" pp. 35-60 goes into great detail how the script was written:; the movie is based on the play, "Everybody Comes to Rick's" by Murray Burnett c.

Its okay with me, too. I mean, you should have told me. Hell, I'd have let you call me Ilse. ; (and everyone in the script says Jenny Delaney reminds Rick of Ilse Lund). And since he signed it in pencil this is probably the first time Bogart ever saw the Casablanca script and read it to see what his character was like!!!!!!!!!!

TO SUMMARIZE: (1)The Play, "Everybody Comes to Rick's, " had the characters Rick Blaine, Lois Meredith as the female lead role, a trampy woman who has an affair with Victor Lazlo but Rick helps her and another man escape Casablanca for Lisbon; Victor Lazlo (minor role); THERE IS NO PARIS FLASHBACK, etc. The item "Original, Authentic Script of the Movie Casablanca Signed by Bogart HALF PRICE" is in sale since Sunday, May 26, 2019. This item is in the category "Entertainment Memorabilia\Movie Memorabilia\Scripts\Originals\Signed". The seller is "kunstwerke789" and is located in Pasadena, California.