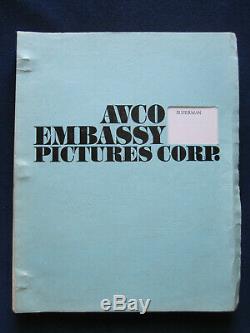 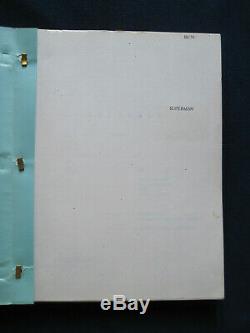 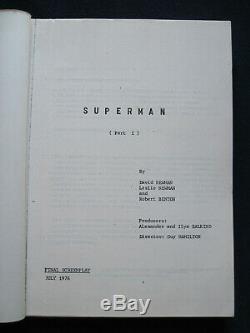 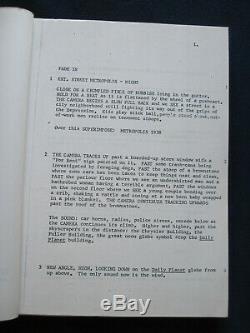 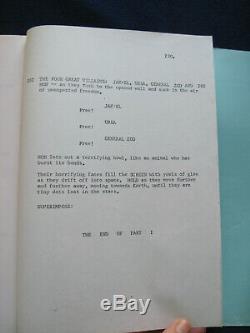 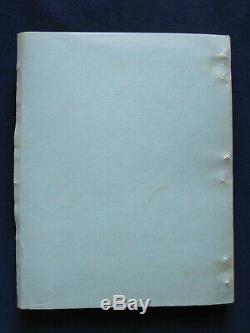 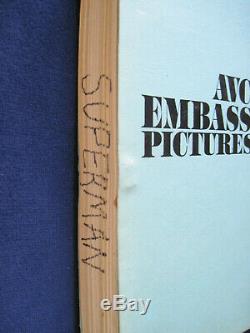 At this stage director Guy Hamilton (famous for directing James Bond films) was attached to direct the pair of films and his name appears on the title page, he was eventually replaced by Richard Donner. Originally, the Salkinds intended to produce and release the films through Avco Embassy Pictures, and this script is bradbound in printed Avco studio wrappers. When Guy Hamllton was replaced with Richard Donner, the project was switched to Warner Brothers for filming. Near fine in lightly handled printed covers. The item "ORIGINAL SCRIPT for SUPERMAN Film by DAVID & LESLIE NEWMAN and ROBERT BENTON" is in sale since Friday, April 12, 2019.