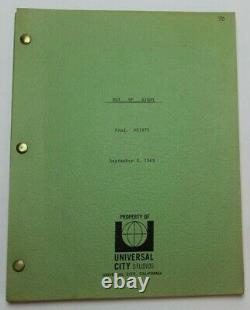 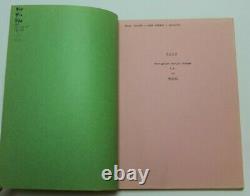 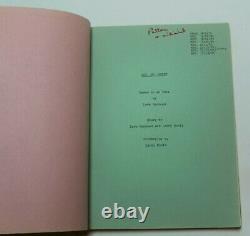 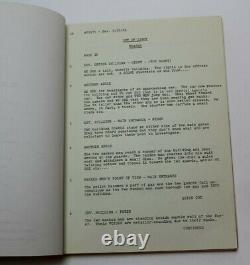 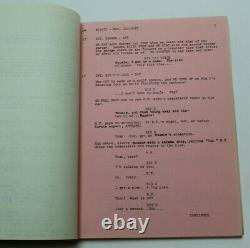 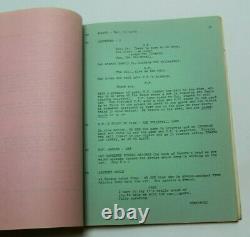 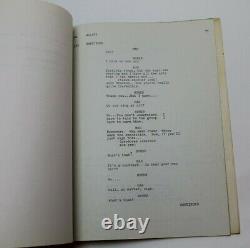 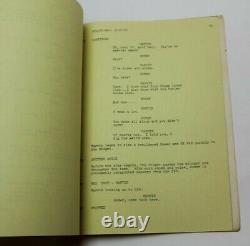 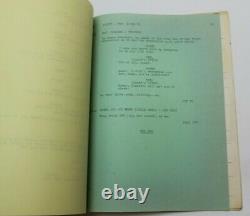 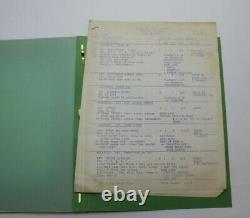 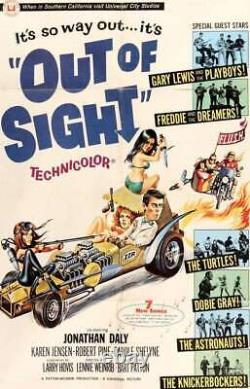 Script Dated: September 3, 1965. This is an Original Movie Script used during the making of the 1966 Beach Party film titled, "Out of Sight".

It has the original green Universal Studios production cover. It has multi-colored revision pages inserted inside of the script, they are dated October 1965. This script is complete and it is 84 pages long. It also includes the Shooting Schedule which is 17 pages long.

Please view all of the pictures provided above. It is in very good overall condition. This is an extremely rare film Directed by. Teenage/secret agent/musical comedy about Big Daddy who's been "driven mad by rock'n' roll, " so he plans to sabotage a music fair with a bomb. Secret agent Homer comes to the rescue aided by his girlfriend Sandra along with Marvin.

The sinister villains belong to the crime syndicate F. Featuring the musical groups The Turtles, Gary Lewis and the Playboys, The Astronauts, The Knickerbockers and Freddy and the Dreamers. POSTER IS NOT INCLUDED, IT IS JUST BEING USED AS A VISUAL REFERENCE. Specializes in rare and collectible movie scripts. Our scripts are genuine, authentic and screen used.