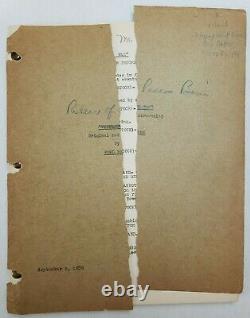 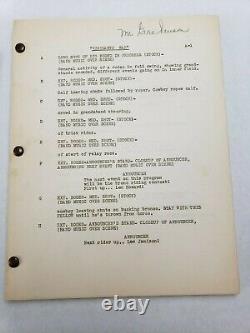 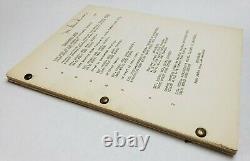 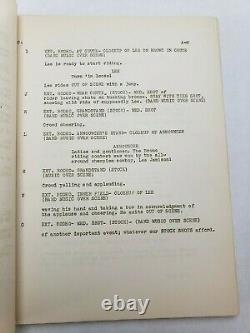 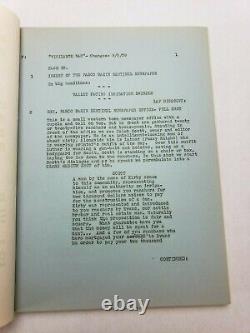 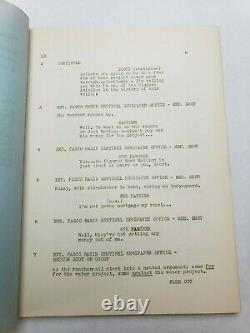 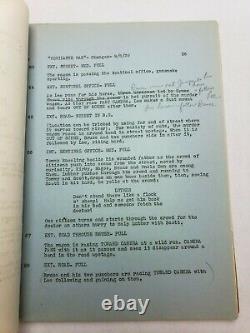 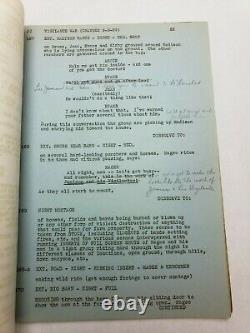 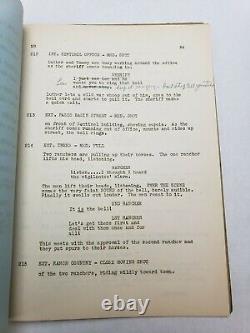 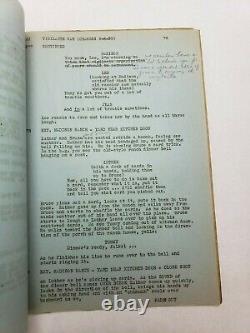 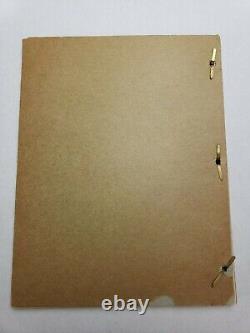 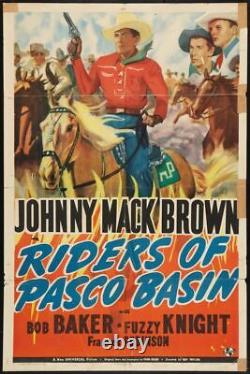 The actual title has been handwritten on the cover, using a pencil. The Front cover has completely ripped in half and it is very fragile. This script has all blue and white pages throughout it inside. It is complete and it is 76 pages long. Some of the pages inside have handwritten annotations. Please view all of the pictures provided above. This script is in good overall condition. It shows the appropriate signs of aging for being used during the 1930's. Kirby and Evans are pulling off an irrigation project swindle and newspaper editor Scott realizes it and sends for Lee.

Lee agrees with Scott and forms a vigilante group to fight the Sheriff and his deputies brought in by Kirby. But a dying Uncle Dan sets the Sheriff straight and this brings the two sides together for the big shootout.

Any scripts printed or used in any fashion after filming has completed are known as either a reproduction or a post-production script. These two types of scripts are much less valuable and desirable. All of our scripts are Original.. An original movie script has a lot of character in the item itself and every one of them is different in some way or another. There is usually only one script given to each crew member during production, however, sometimes they do get more than one. This makes original movie scripts very desirable because of how scarce they are.