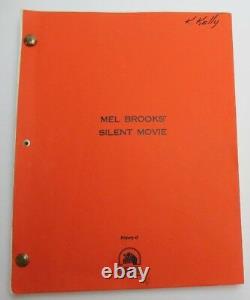 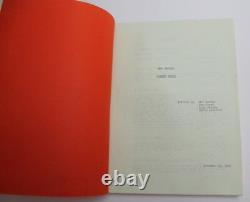 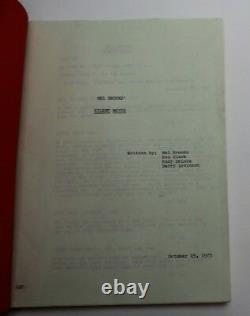 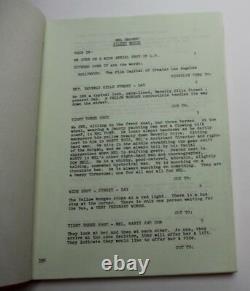 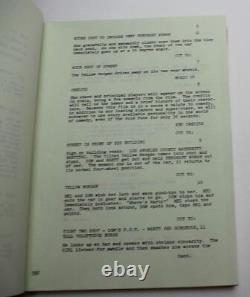 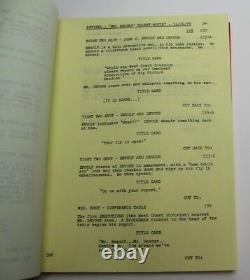 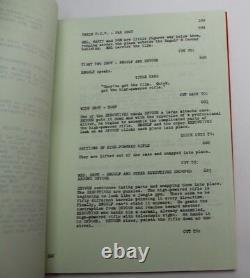 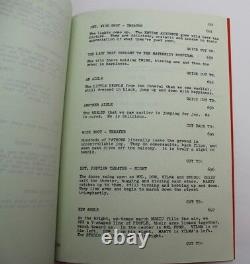 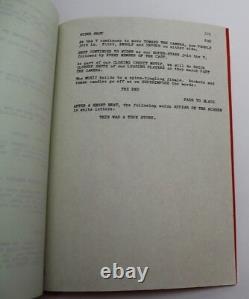 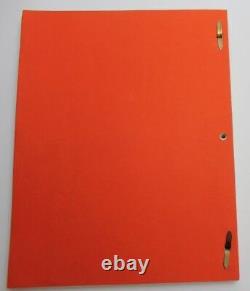 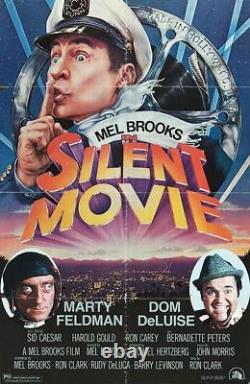 Script Dated: October 15, 1975. This is an Original Movie Script from the 1976 movie titled, "Silent Movie". This script was issued to someone named, K. However, I do not see that name listed in the credits so this script most likely belonged to an un-credited assistant. It has the original orange Twentieth Century Fox production cover.

It has yellow revision pages and all of the studio issued pages inside. This script is complete and it is 125 pages long. Please view all of the pictures provided above. It is in very good overall condition. Aspiring filmmakers Mel Funn, Marty Eggs and Dom Bell go to a financially troubled studio with an idea for a silent movie.

In an effort to make the movie more marketable, they attempt to recruit a number of big name stars to appear, while the studio's creditors attempt to thwart them. The film contains only one word of dialogue, spoken by an unlikely source. POSTER IS NOT INCLUDED, IT IS JUST BEING USED AS A VISUAL REFERENCE. Specializes in rare and collectible movie scripts.

We do our best to provide the widest selection of original movie scripts in the world. Whatever actor, producer, director, writer or specific film department you are looking for, we probably have a movie script related to the person you are looking for in some form or fashion. I know that there are a lot of items to search through, but there is definitely something for you. Once you check off this little box it will allow you to search for a specific word that is contained in any of our listings' actual description. Here all of the original movie scripts will be categorized by decade, which will help you to narrow down what you are looking for by the year it was made. This item is in the category "Entertainment Memorabilia\Movie Memorabilia\Scripts\Originals\Unsigned".