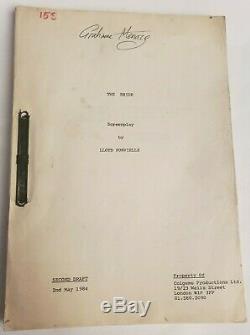 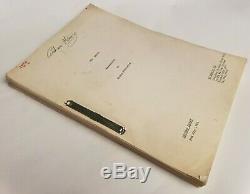 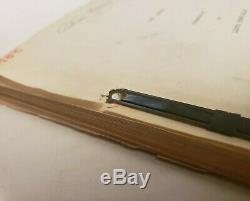 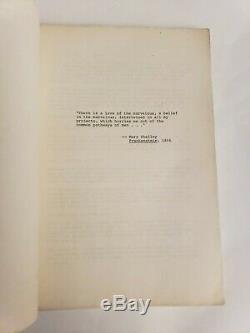 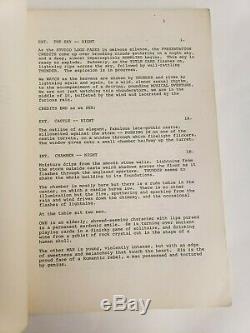 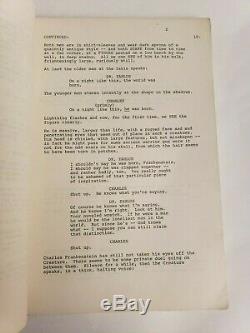 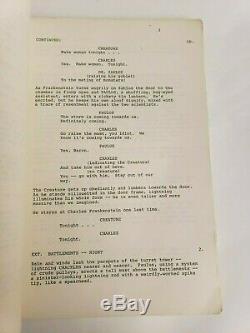 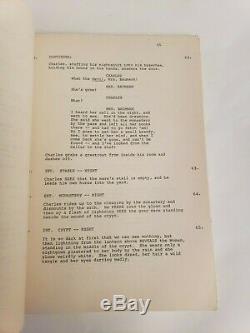 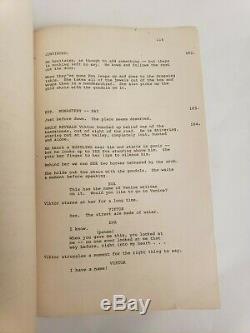 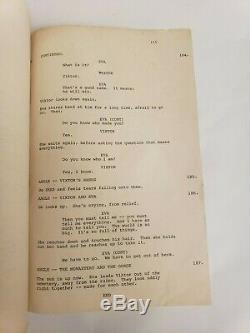 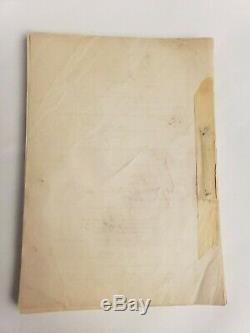 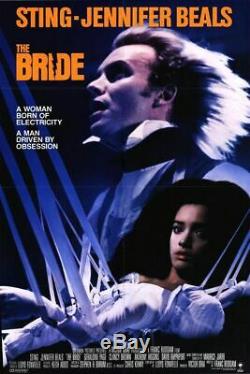 However, there are no handwritten annotations inside. This script has all white pages throughout inside and it is 115 pages long. The Title Page has a small tear near the metal clasp and the back page has a piece of tape over the metal clasp.

It shows the appropriate signs of aging for being used over 30 years ago. Please view all of the pictures above carefully. This script is in good overall condition.

It is a rare movie starring Sting, Jennifer Beals, Anthony Higgins, Clancy Brown, David Rappaport & Geraldine Page. After the creation of his creature, Dr. Frankenstein researches and creates the perfect woman, Eva, to be the mate of the creature. However, the anxiety of the creature creates havoc in the laboratory, which is burnt down and explodes, killing Frankenstein's assistants, Dr. Frankenstein believes the creature died too, but he has fled to the woods.

Soon he meets and befriends the dwarf Rinaldo, who gives him the name Viktor, and invites him to work in a circus in Budapest. Meanwhile, Frankenstein and his house keeper, Mrs.

Baumann (Geraldine Page), teach Eva how to behave and to be independent. One day, Frankenstein introduces Eva to the high-society, telling her that she was an amnesic found in the woods and has become his protégée. Frankenstein becomes obsessed with Eva, while she and Viktor have a strange connection. What will happen to Eva?

The older a film is you also have to figure in the fact that a lot of the original movie scripts have been thrown out or destroyed over time. We do our best to provide the widest selection of original movie scripts in the world. Whatever actor, producer, director, writer or specific film department you are looking for, we probably have a movie script related to the person you are looking for in some form or fashion. I know that there are a lot of items to search through, but there is definitely something for you. Once you check off this little box it will allow you to search for a specific word that is contained in any of our listings' actual description. Here all of the original movie scripts will be categorized by decade, which will help you to narrow down what you are looking for by the year it was made. The item "THE BRIDE / Lloyd Fonvielle 1984 Screenplay STING plays Frankenstein Horror Film" is in sale since Saturday, May 30, 2020.