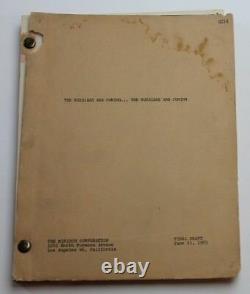 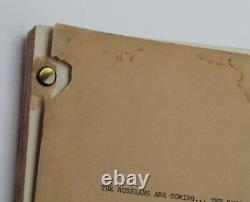 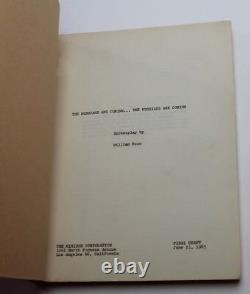 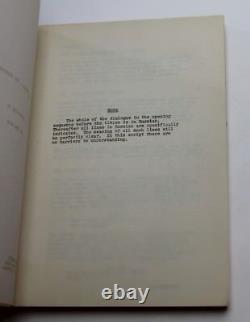 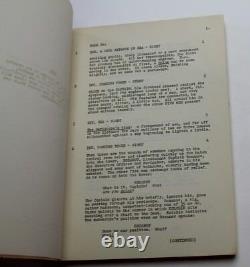 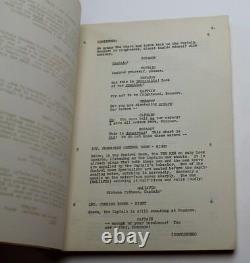 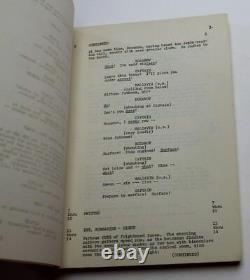 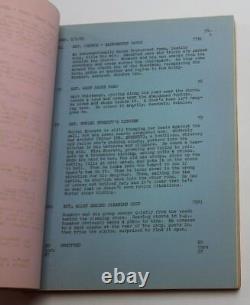 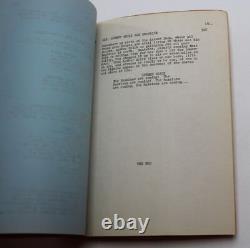 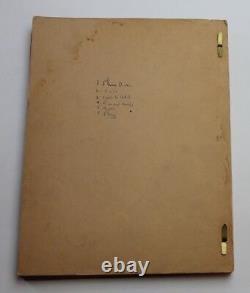 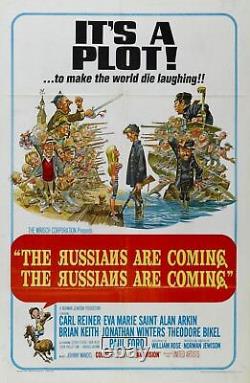 It has the original Mirisch Corporation production cover. The front cover has a tear on the top brass brad and a large coffee stain on the upper right side of the front cover. The back cover also has some stain marks. All of the pages inside are in very good condition and the outer production cover has done an amazing job protecting all of the pages inside. You can see from the pictures provided above that the first Title Page inside doesn't even have a stain mark from that large stain on the front cover.

This complete script has multi-colored revision pages inside and is 141 pages long. Please view all of the pictures above carefully. In the Cold War, when the captain of a Russian submarine comes too close to the Gloucester Island in Massachusetts to give a look at America, the submarine gets stranded. A nine-man team commanded by Lieutenant Rozanov goes onshore to search a motor boat to release the submarine and arrives at the summer house of the New Yorker writer Walt Whittaker that is spending the weekend with his family in Gloucester.

When he realizes that they are Russians, he believes that it is an invasion. Soon the information leaks, leading hysteria and paranoia along the inhabitants of the small village. POSTER IS NOT INCLUDED, IT IS JUST BEING USED AS A VISUAL REFERENCE.