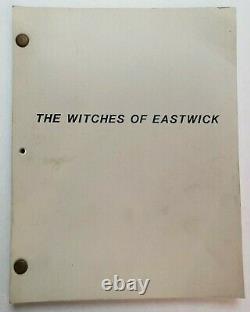 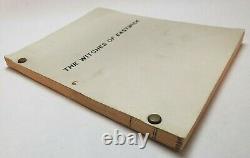 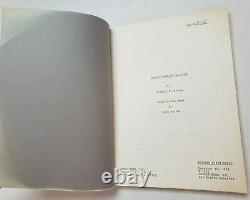 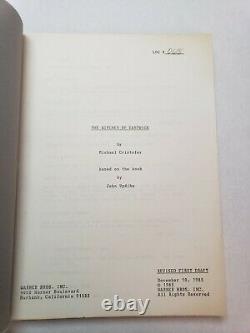 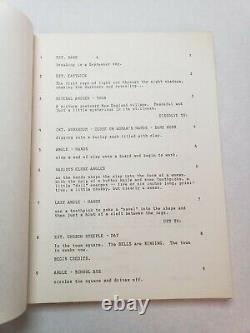 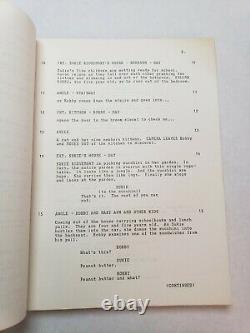 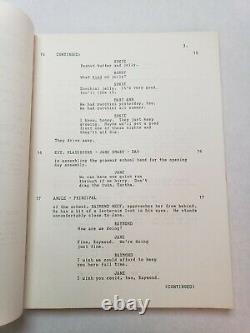 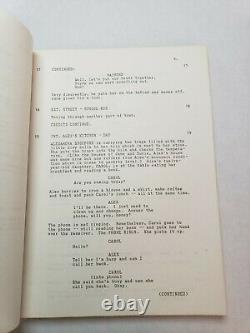 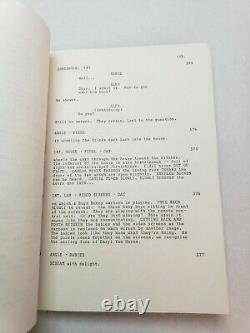 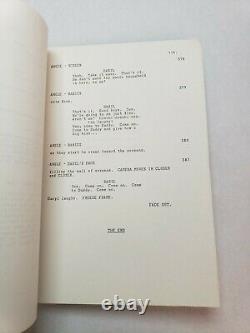 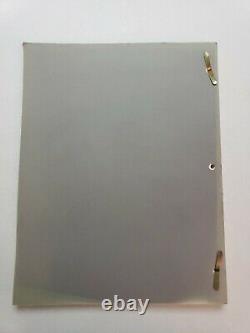 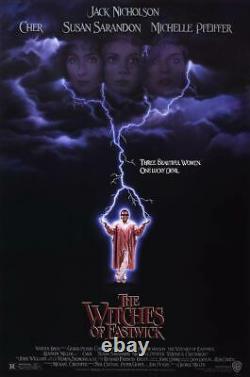 Script Dated: December 10, 1985. This is an original movie script used during the making of the 1987 Horror film titled, "The Witches of Eastwick".

This script has the original. Production cover with the title on it. The front cover has heavy discoloration from being in storage for many years.

If you compare the pictures of the front cover and back cover you will see the difference in color, the front cover is a light gray and the back cover is a darker gray. This script has all white pages throughout it inside and it is 114 pages long. All of the pages inside are in very good condition.

All three previously married but now single, best friends sculptress Alex Medford, cellist Jane Spofford and writer Sukie Ridgemont are feeling emotionally and sexually repressed, in large part due to the traditional mores overriding their small New England coastal town of Eastwick. After their latest conversation lamenting about the lack of suitable men in Eastwick and describing the qualities they are looking for in a man, mysterious Daryl Van Horne and his equally mysterious butler Fidel arrive in town.

Despite being vulgar, crude, brazen and not particularly handsome, Daryl manages to be able to tap into the innermost emotions of the three friends, and as such manages to seduce each. In turn, the three women blossom emotionally and sexually. After an incident involving one of the town's leading citizens, the ultra conservative Felicia Alden, the three women begin to understand how and why Daryl is able to mesmerize them so fully. The three decide to experiment with some powers..