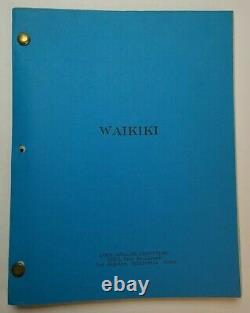 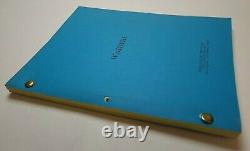 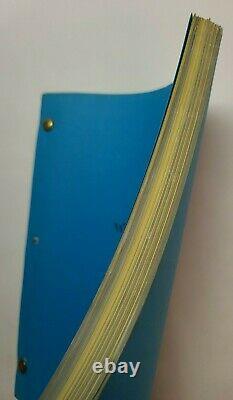 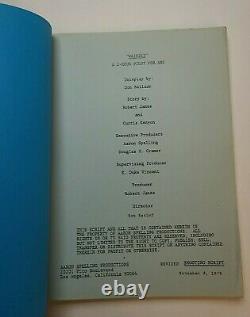 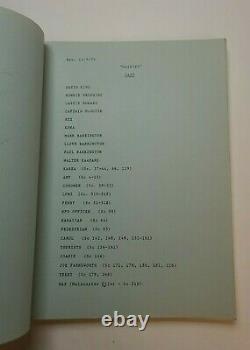 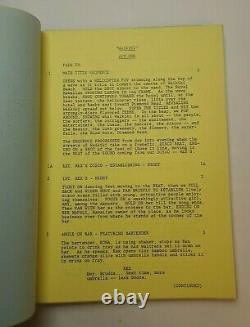 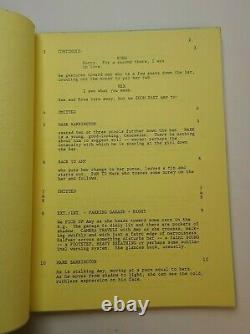 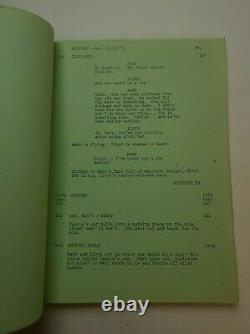 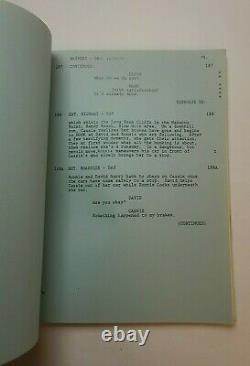 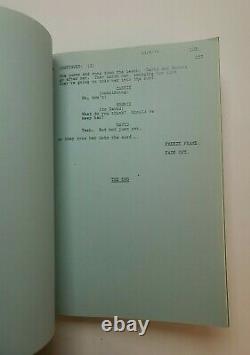 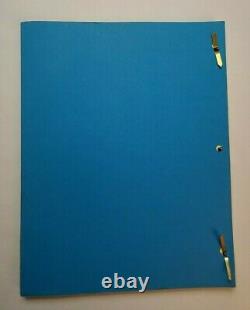 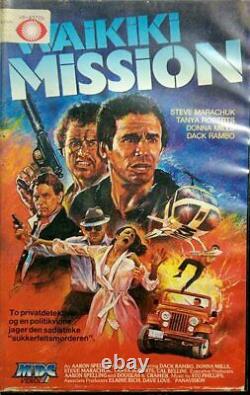 Script Last Dated: November 1979. This is an original movie script used during the making of the 1980 TV Movie titled, "Waikiki". This script has the original blue production cover with the title on it.

It has multi-colored revision pages throughout inside and it is 103 pages long. It shows the appropriate signs of aging for being used during the late 1970's. Please view all of the pictures above carefully.

This script is in good overall condition. This was intended to be the 2-Hour Pilot Episode for an ABC TV Series. However, this TV Series never happened and this filmed Pilot Episode is now considered to be a 1980 TV Movie. Two detectives are called on to investigate the bizarre serial murders of young women. THE POSTER SHOWN IN THE LAST PICTURE ABOVE IS NOT INCLUDED, IT IS JUST BEING USED AS A VISUAL REFERENCE. Specializes in rare and collectible movie scripts. Our scripts are genuine, authentic and screen used. We also carry movie props from no genre in particular. Furthermore, all of our items that are not props or scripts can be found in our Other Memorabilia category. We do not sell reproductions or fakes.