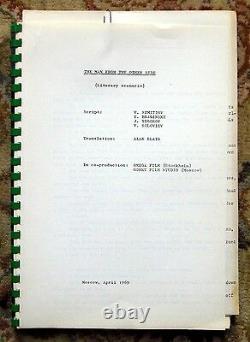 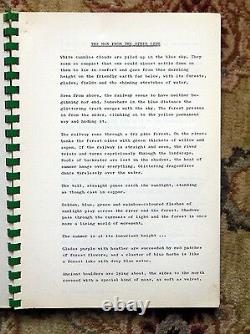 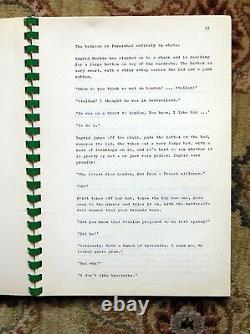 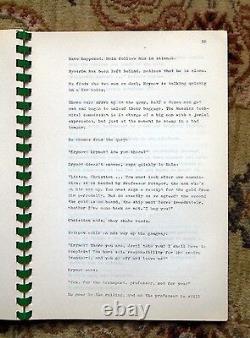 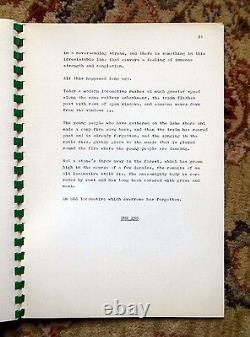 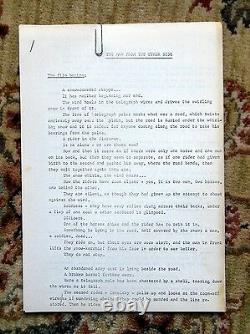 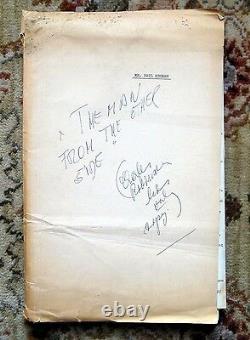 1969 FILM SCRIPT for the RUSSIAN-SWEDISH FILM "THE MAN FROM THE OTHER SIDE". FILM SCRIPT / "Literary Scenario" by Volodya SEMITJOV, Emil. BRAGINSKY, Yuri EGOROV, and V. This is an English translation of the script, perhaps produced in the hopes of finding financing and distribution in the United States.

The English translation (from the Swedish) was by ALAN BLAIR. The SCRIPT / SCREENPLAY was for a RUSSIAN-SWEDISH STUDIOS CO-PRODUCTION. The film was produced, and was released in 1972 by Warner-Columbia International. The title page reads "In co-production: OMEGA FILM (Stockholm) // GORKY FILM STUDIO (Moscow)".

The script with its laid-in items are in a Manila Folder with the typed name MR. PAUL KOHNER", the handwritten title "THE MAN FROM THE OTHER SIDE", and the handwritten info: "??? Paul Kohner was a renowned Hollywood talent agent. The script and its laid-in pages are in VERY GOOD condition, with all the pages bright and clear. The manila folder is very worn and weary, with lots of tears, soiling, creases, etc.

Nonetheless it provides some nice provenance. Rare and Unusual Russian Swedish Film Production Script from 1969. Check out my other items. This item is in the category "Entertainment Memorabilia\Movie Memorabilia\Scripts\Originals\Unsigned". The seller is "blankversobooks" and is located in this country: US.