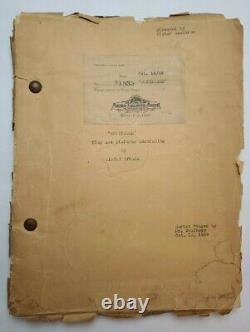 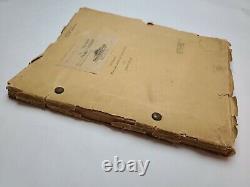 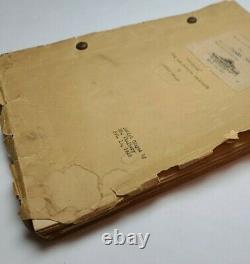 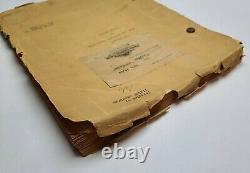 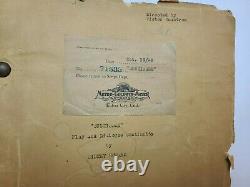 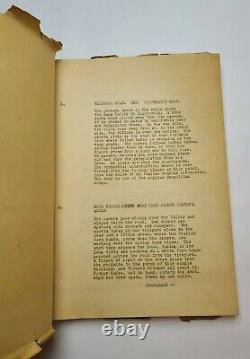 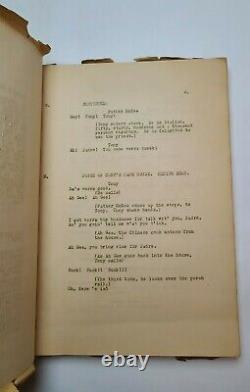 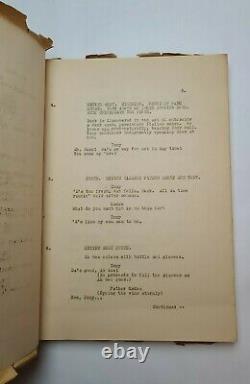 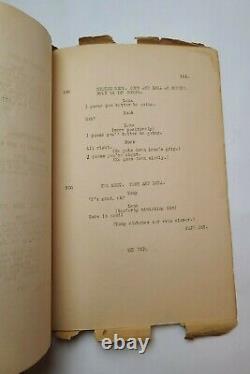 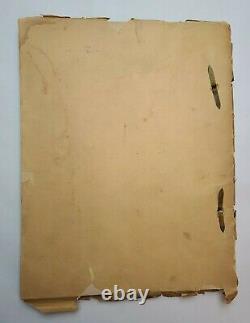 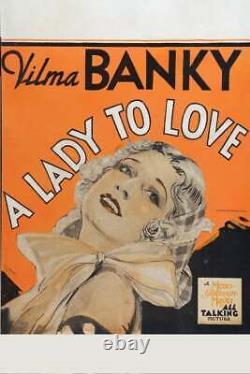 This is an Original Movie Script used during the making of the 1930 film titled, "A Lady to Love". It has the original, MGM, production cover. The cover has the Working Title of the film which was. This script has all white pages throughout it inside. This script is complete and it is 154 pages long.

The outer cover is torn and heavily tattered around the edges. The top right corner of the script has a light water stain mark. Please view all of the pictures provided above. It is in fair overall condition.

It shows the appropriate signs of aging for being used during the late 1920's. Middle-aged Napa Valley grape-grower Tony posts a marriage proposal to San Francisco waitress Lena enclosing a photo of his handsome younger brother Buck. When she gets there she overlooks his duplicity and marries him. Then she falls in love with Buck. THE POSTER SHOWN IN THE LAST PICTURE ABOVE IS NOT INCLUDED, IT IS JUST BEING USED AS A VISUAL REFERENCE.