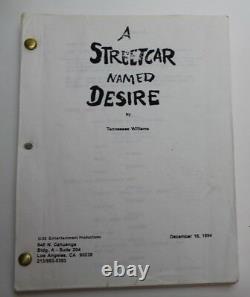 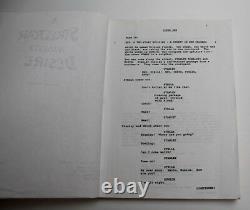 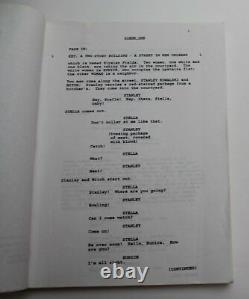 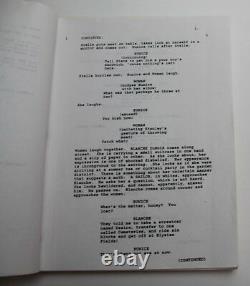 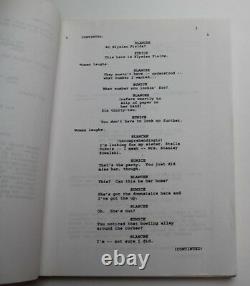 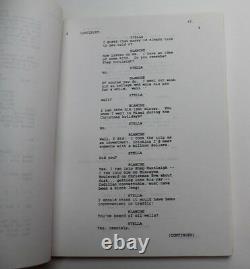 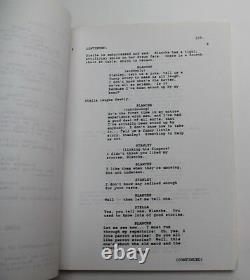 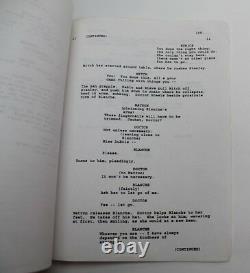 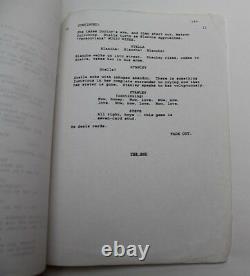 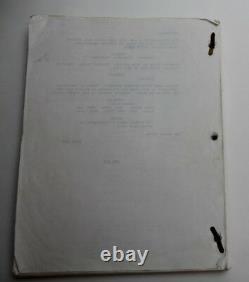 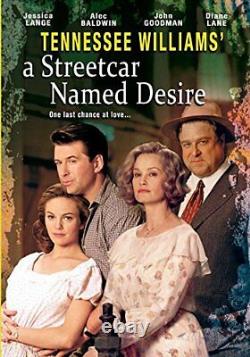 It is a rare movie starring Jessica Lange, Alec Baldwin and John Goodman. This script is likely an original office copy used by the production company. This script has all white pages throughout inside and it is 149 pages long. It shows the appropriate signs of aging for being around 25 years old. Please view all of the pictures above carefully.

This script is in good overall condition. Set in the French Quarter of New Orleans during the restless years following World War Two, A STREETCAR NAMED DESIRE is the story of Blanche DuBois, a fragile and neurotic woman on a desperate prowl for someplace in the world to call her own. After being exiled from her hometown of Laurel, Mississippi for seducing a seventeen-year-old boy at the school where she taught English, Blanche explains her unexpected appearance on Stanley and Stella's (Blanche's sister) doorstep as nervous exhaustion. This, she claims, is the result of a series of financial calamities which have recently claimed the family plantation, Belle Reve. Suspicious, Stanley points out that under Louisiana's Napoleonic code what belongs to the wife belongs to the husband. Stanley, a sinewy and brutish man, is as territorial as a panther.

He tells Blanche he doesn't like to be swindled and demands to see the bill of sale. This encounter defines Stanley and Blanche's relationship. They are opposing camps and Stella is..