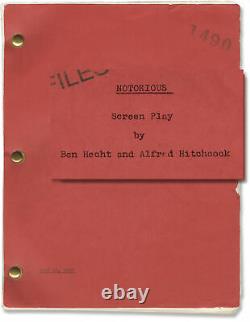 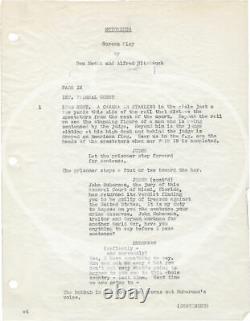 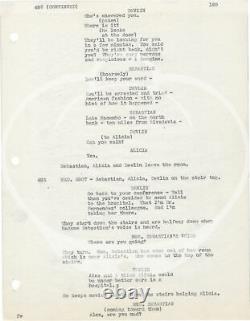 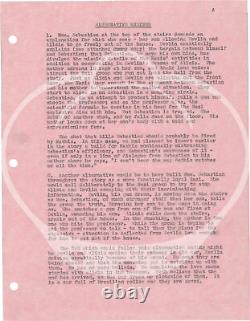 Pages Near Fine, wrapper Very God plus with some tiny closed tears, bound with three gold brads. Silver and Ward Classic Noir. Subject: 1940s Cinema, Academy Awards, Cannes Film Festival, Film Noir, Film Scripts. Royal Books is located in the midtown area of Baltimore, Maryland. Since 1996, we have specialized in rare books and paper relating to twentieth century literature, genre fiction, the arts, and popular culture, with a particular emphasis on cinema. All books noted as First Editions are also First Printings unless indicated otherwise. This listing was created by Bibliopolis. The item "Alfred Hitchcock NOTORIOUS Original screenplay for the 1946 film with #149147" is in sale since Tuesday, October 20, 2020. This item is in the category "Entertainment Memorabilia\Movie Memorabilia\Scripts\Originals\Unsigned". The seller is "vanburenantiques" and is located in Baltimore, Maryland.