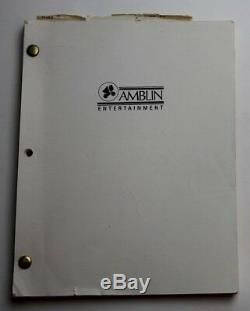 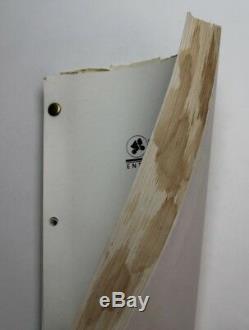 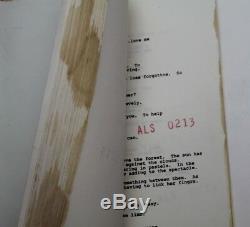 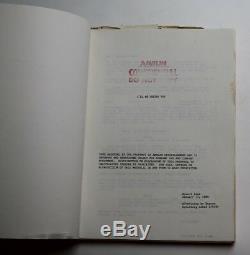 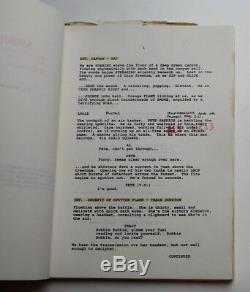 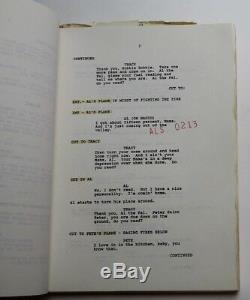 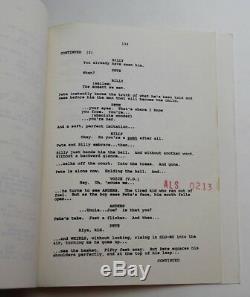 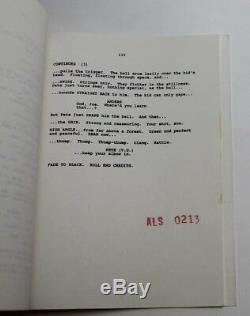 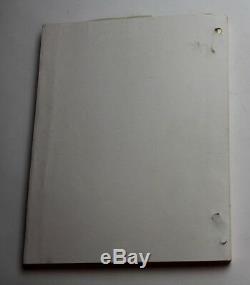 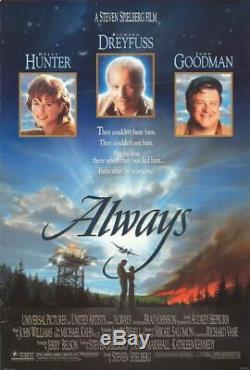 This script has the original Amblin production cover. It has all white pages inside and it is 133 pages long.

The Title Page is stamped with red Amblin stamp mark and all of the pages inside have a red stamp mark with "ALS 0213" on them. There is a coffee stain along the right edge of the script, luckily the stain mark is only around the edges and did not leak over any of the dialogue inside. Please view the pictures above.

This script is in good overall condition. Pete Sandich and buddy Al Yackey are daredevil aerial forest-fire fighters. Pete finds True Love with Dorinda but won't give up the job.

When he takes one risk too many, Dorinda faces deep grief and cannot easily put her life back together. THE POSTER SHOWN IN THE LAST PICTURE ABOVE IS NOT INCLUDED, IT IS JUST BEING USED AS A VISUAL REFERENCE. Specializes in rare and collectible movie scripts. Our scripts are genuine, authentic and screen used. We also carry movie props from no genre in particular.

Furthermore, all of our items that are not props or scripts can be found in our Other Memorabilia category. We do not sell reproductions or fakes, unless clearly stated in the description provided.

Here all of the original movie scripts will be categorized by decade, which will help you to narrow down what you are looking for by the year it was made. The item "ALWAYS 1989 Amblin Movie Script Screenplay Directed by Steven Spielberg" is in sale since Wednesday, March 27, 2019. This item is in the category "Entertainment Memorabilia\Movie Memorabilia\Scripts\Originals\Unsigned". The seller is "themoviewizard" and is located in Van Nuys, California.