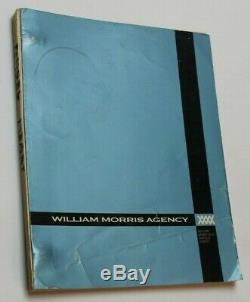 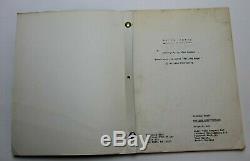 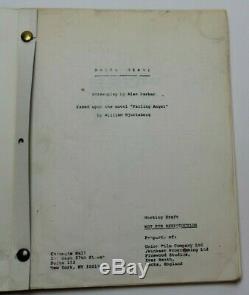 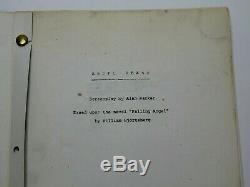 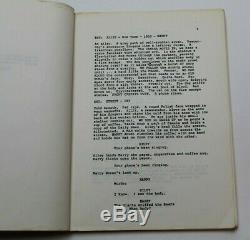 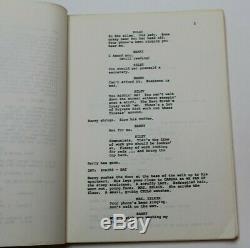 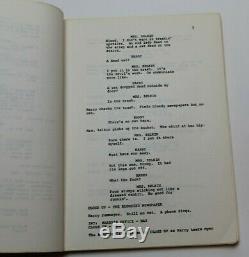 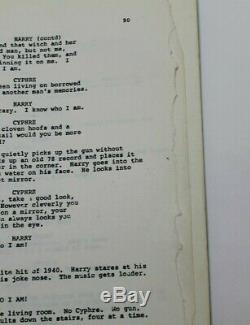 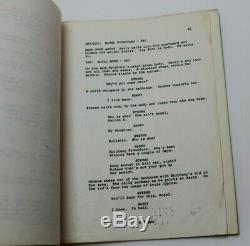 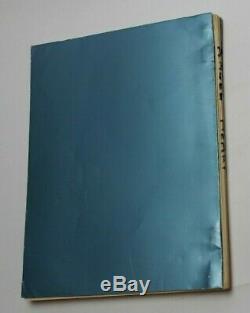 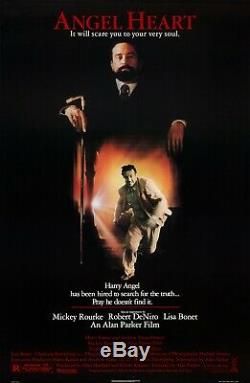 This is a movie script used during the making of the 1987 Horror film titled, Angel Heart. This script has all white pages inside and it is 91 pages long. It is an early Agency Draft that is not dated. This is likely an original office copy used by the production company.

The Title Page has some water stain marks. Page #90 has tearing along the right edge. The title of the film is written along the spine, using a black marker. Please view the pictures above. This script is in good overall condition.

This script shows the appropriate signs of aging for being used during the 1980's. Harry Angel has a new case, to find a man called Johnny Favourite. Except things aren't quite that simple and Johnny doesn't want to be found. Let's just say that amongst the period detail and beautiful scenery, it all gets really really nasty. THE POSTER SHOWN IN THE LAST PICTURE ABOVE IS NOT INCLUDED, IT IS JUST BEING USED AS A VISUAL REFERENCE.

We also carry movie props from no genre in particular. Furthermore, all of our items that are not props or scripts can be found in our Other Memorabilia category. We do not sell reproductions or fakes, unless clearly stated in the description provided.