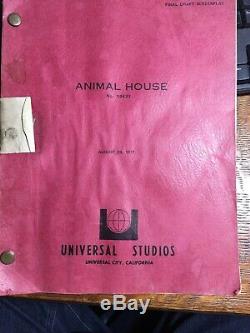 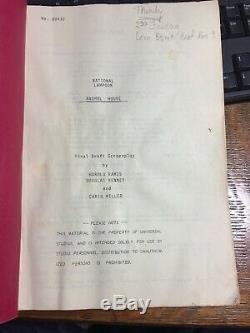 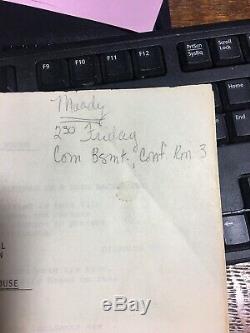 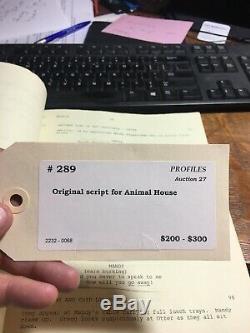 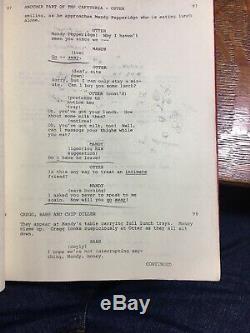 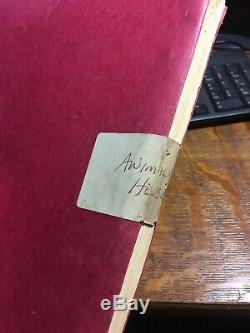 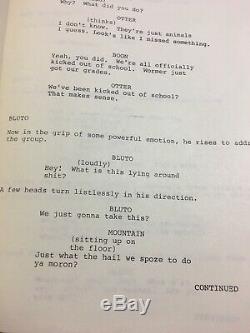 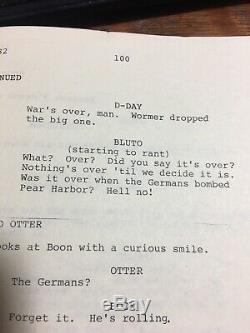 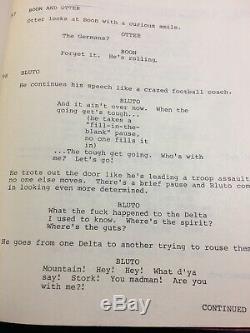 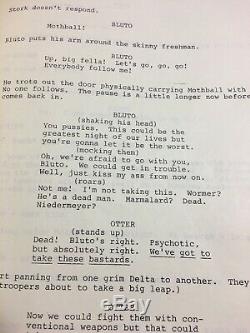 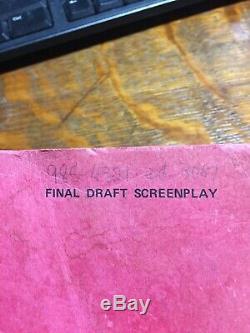 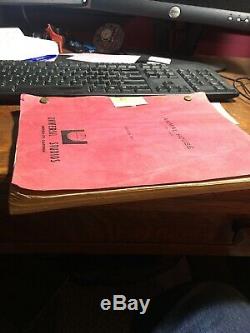 Written by Harold Ramis, Douglas Kenney & Chris Miller. Script Dated: August 29, 1977. This is an Original Movie Script from the 1978 Classic, "Animal House". T his script has the original red Universal Studios production cover, which has some wrinkling from getting damp at some point during filming. This script was used by the actress Mary Louise Weller during the actual filming. It has a few short hand written annotations inside. Is complete and is 125 pages long.

Please view all of the pictures provided above. This script is in good overall condition. Mandy Pepperidge was one of the main female actress's and became Mrs. Senator Blutarsky as the movie ends.

Review the very cool notes and doodles. Inside page has time and place for readings. A very cool one of a kind great movie item. I hate to sell it since I considered one of the best comedies written. Faber College has one frat house so disreputable it will take anyone.

It has a second one full of white, anglo-saxon, rich young men who are so sanctimonious no one can stand them except Dean Wormer. The dean enlists the help of the second frat to get the boys of Delta House off campus.

The dean's plan comes into play just before the homecoming parade to end all parades for all time. The item "Animal House / 1977 Movie Script Screenplay, USED BY Character Mandy Original" is in sale since Wednesday, April 3, 2019. This item is in the category "Entertainment Memorabilia\Movie Memorabilia\Scripts\Originals\Unsigned". The seller is "440commish" and is located in Amherst, Ohio.