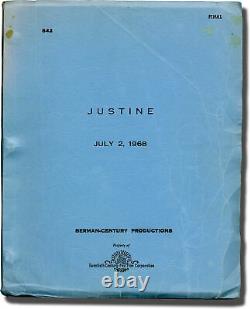 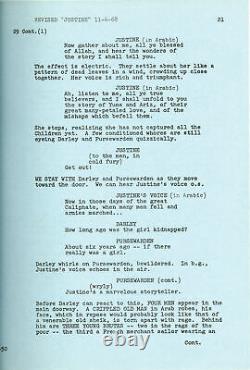 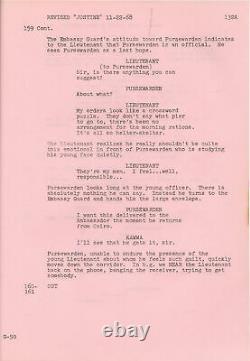 Originally set to be made by maverick director Joseph Strick, who actually did some location shooting in Tunisia. However, Strick ran into disagreements with Fox executives, and was replaced with George Cukor, who shot the remainder of the film in Hollywood. Set in Alexandria in 1938, a young British schoolmaster named Darley meets Pursewarden, a British consular officer. Pursewarden introduces him to Justine, the wife of an Egyptian banker. Darley befriends her, and discovers she is involved in a plot against the British, the goal of which is to arm the Jewish underground movement in Palestine.

Partially shot on location at Ennejma Ezzahra, a palace at Sidi Bou Said, in Northern Tunisia. Blue titled wrappers, noted as Final on the front wrapper and production No. 842, dated July 2, 1968.