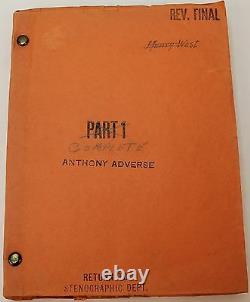 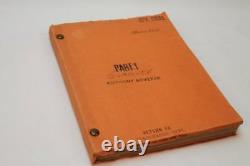 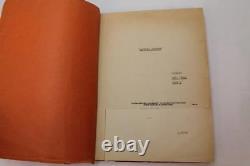 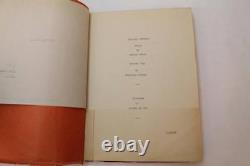 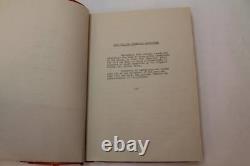 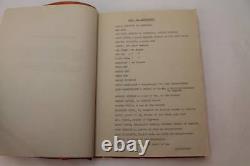 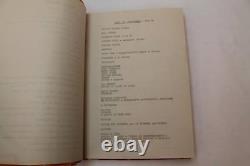 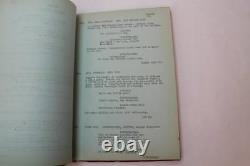 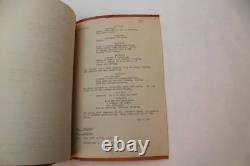 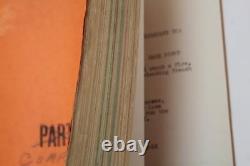 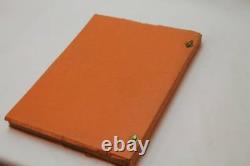 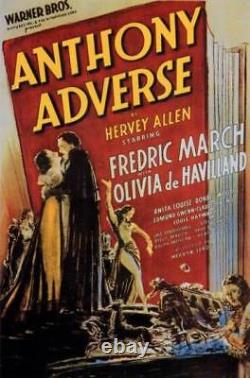 This is an original movie script from "Anthony Adverse". It has the original Warner Bros. The script also includes blue revision pages. This is the complete script, as you can see in the above picture of the front cover where it says Part 1has been crossed and replaced with "Complete". The script is in excellent condition for its age. This film won the most Oscars in the 9th Academy Awards back in 1937, winning 4 Oscars. In late 18th century Italy, a beautiful young woman finds herself married to a rich but cruel older man. However, she is in love with another, younger man. When the husband finds out, he kills the lover in a swordfight, and takes his wife on a long trip throughout Europe. Months later, she dies giving birth to a son. The husband leaves the child at a convent, where he is raised until the age of 10; then he is apprenticed to a local merchant, who gives him the name "Anthony Adverse" because of the adversity in his life. But his adversity has only begun, as fate takes him to Cuba, Africa, and Paris. POSTER IS NOT INCLUDED, IT IS JUST BEING USED AS A VISUAL REFERENCE. Specializes in rare and collectible movie scripts. Our scripts are genuine, authentic and screen used. We also carry movie props from no genre in particular. Furthermore, all of our items that are not props or scripts can be found in our Other Memorabilia category.