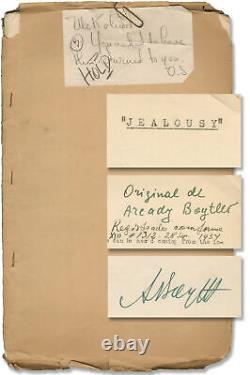 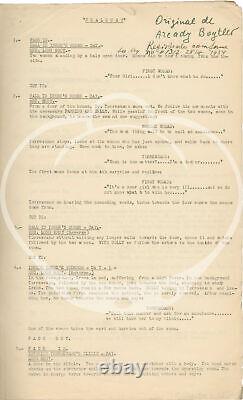 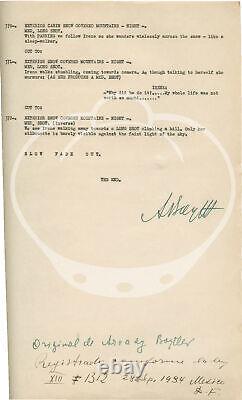 The last page bears a similar annotation, also noting the location as Mexico D. Missing seven pages, likely as used or issued. Included with the script is an autograph note signed Mr. " on the recto, and a typed note reading "Miss Savage / Pls. Read / PK on the verso.

A doctor saves the life of a jilted woman who has attempted suicide. The two fall in love, but the doctor's preoccupation with the woman's fidelity drives him into a full-blown jealous psychosis that proves to be his downfall. The cinematic debut of actor Arturo de Cordova.