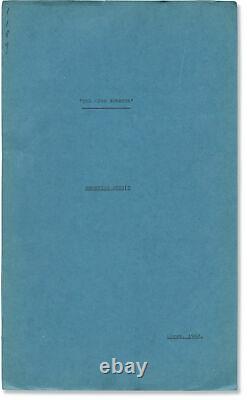 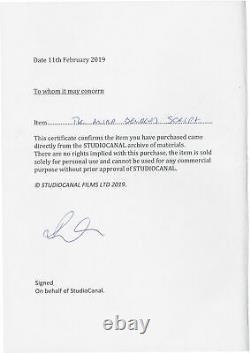 The Mind Benders (Original screenplay for the 1963 film). Author: Basil Dearden (director); James Kennaway (screenwriter); Mary Ure, Dirk Bogarde (starring) Title: The Mind Benders (Original screenplay for the 1963 film) Publication: United Kingdom: Pinewood Studios / American International Pictures [AIP], 1962. Description: Shooting script for the 1963 film. Copy from the StudioCanal archives, with a letter of provenance laid in. Based on the simultaneously-published novel "The Mindbenders" by screenwriter James Kennaway about a professor brainwashes himself to stop loving his wife in an attempt to clear the name of a colleague, suspected to be a Russian double agent, who killed himself after undergoing similar experiments.

Released in the US as a double feature with Operation Bikini. Shot on location in England. Tall blue titled wrappers, noted as SHOOTING SCRIPT, dated March 1962.