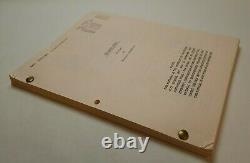 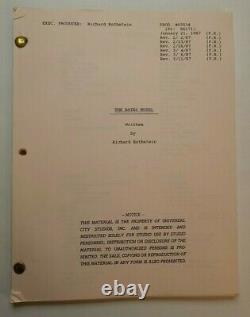 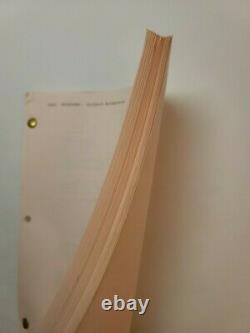 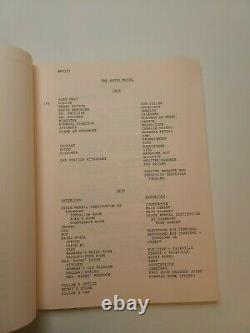 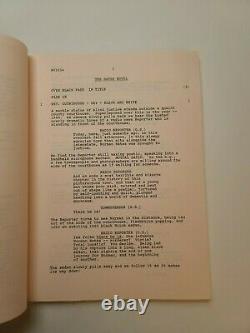 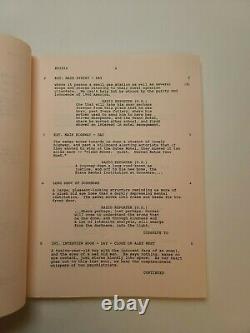 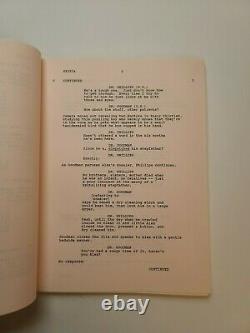 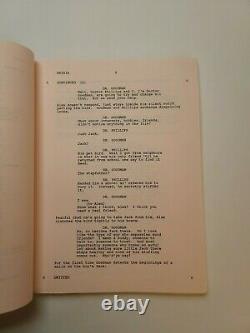 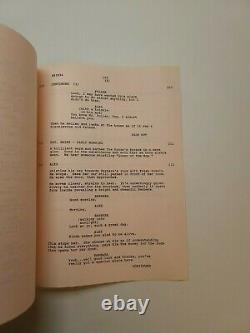 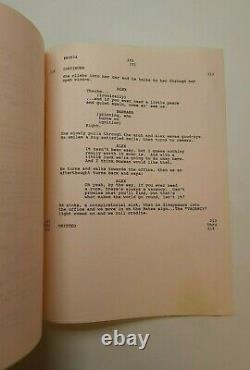 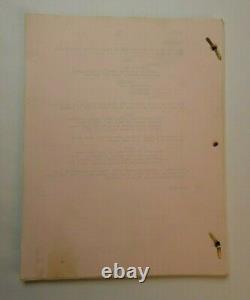 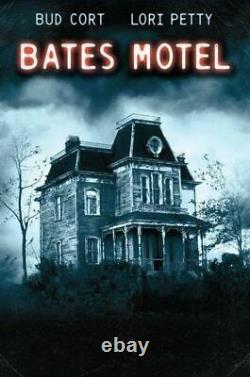 This is an original movie script used during the making of the 1987 TV Movie titled, "Bates Motel". This script has all pink pages throughout inside and it is 101 pages long. The last page has a light yellow stain mark on the bottom edge. It shows the appropriate signs of aging for being used during the 1980's.

Please view all of the pictures above carefully. This script is in good overall condition. This film is based on, but not in sequence with, the Psycho films.

After the death of Norman Bates, a man who befriended him in the institution inherits the motel. In keeping with Norman's wishes, he tries to fix up the place and make it a respectable motel. THE POSTER SHOWN IN THE LAST PICTURE ABOVE IS NOT INCLUDED, IT IS JUST BEING USED AS A VISUAL REFERENCE. Specializes in rare and collectible movie scripts. Our scripts are genuine, authentic and screen used.

We do our best to provide the widest selection of original movie scripts in the world. Whatever actor, producer, director, writer or specific film department you are looking for, we probably have a movie script related to the person you are looking for in some form or fashion. I know that there are a lot of items to search through, but there is definitely something for you. Once you check off this little box it will allow you to search for a specific word that is contained in any of our listings' actual description. Here all of the original movie scripts will be categorized by decade, which will help you to narrow down what you are looking for by the year it was made. The item "BATES MOTEL / Richard Rothstein 1987 TV Movie Script, death of Norman Bates" is in sale since Monday, July 13, 2020. This item is in the category "Entertainment Memorabilia\Movie Memorabilia\Scripts\Originals\Unsigned". The seller is "themoviewizard" and is located in Van Nuys, California.