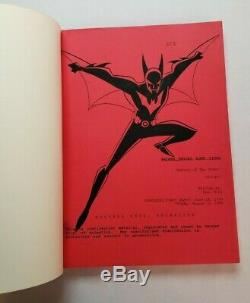 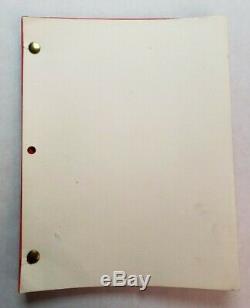 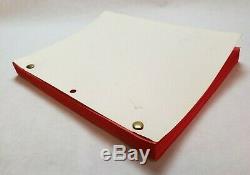 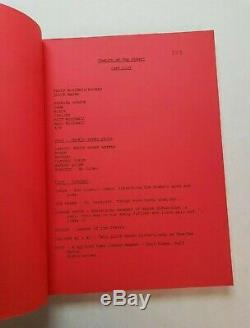 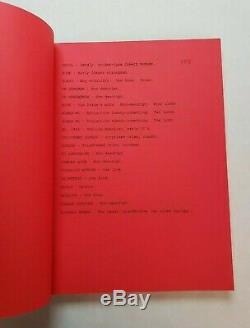 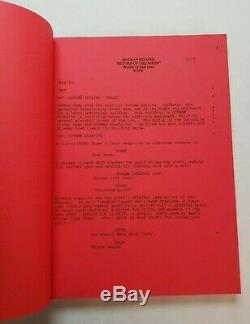 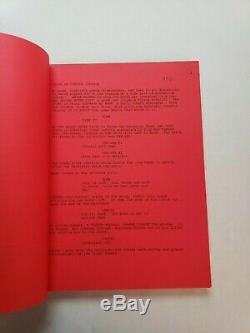 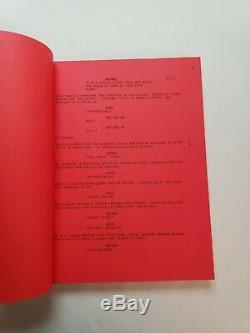 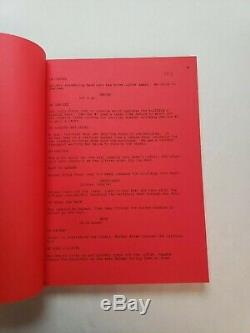 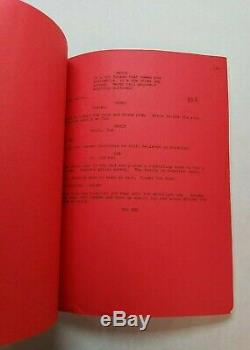 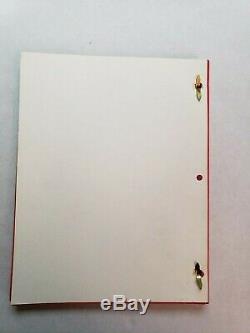 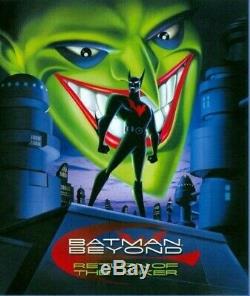 This script has all clean red studio issued pages throughout the entire script and it is 110 pages long. Each page inside has a production stamp mark which says, "025".

The Title Page inside credits Warner Bros. Animation as the production company. Please view all of the pictures provided above. This script is in very good overall condition.

While trying to uncover the Joker's secrets, Terry McGinnis, the new Batman, discovers the greatest mystery in the career of the original Batman - the true story of the night Batman fought the Joker for the last time. Though when Bruce Wayne is almost killed in one of the Joker's new attacks, it's up to Batman Beyond to avenge his mentor and put the Joker to rest forever.

Once you check off this little box it will allow you to search for a specific word that is contained in any of our listings' actual description. Here all of the original movie scripts will be categorized by decade, which will help you to narrow down what you are looking for by the year it was made. The item "BATMAN BEYOND RETURN OF THE JOKER / Paul Dini 1999 Screenplay, Animated Film" is in sale since Monday, November 4, 2019.