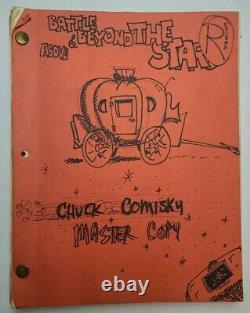 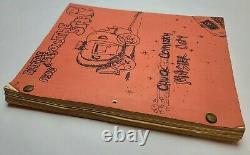 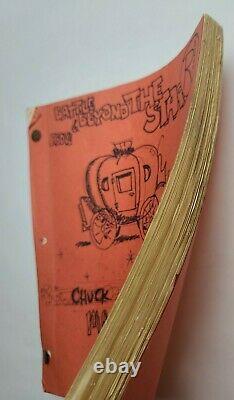 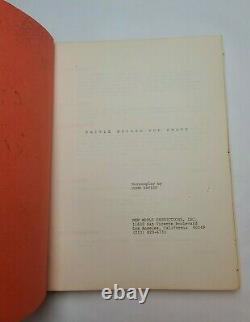 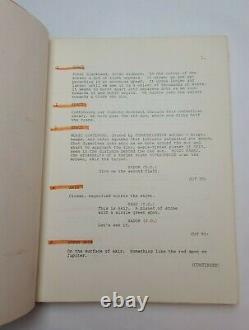 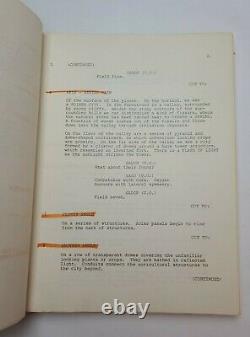 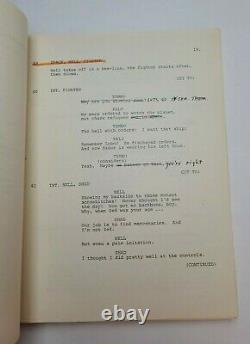 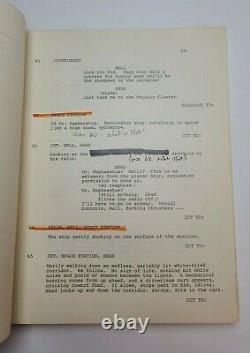 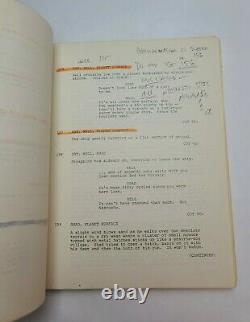 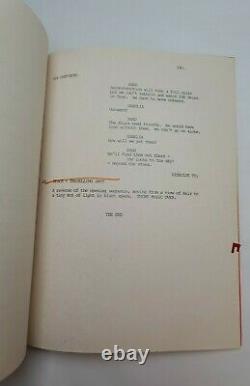 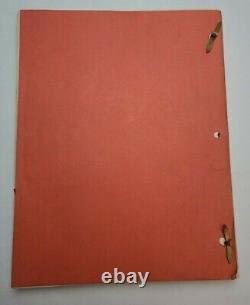 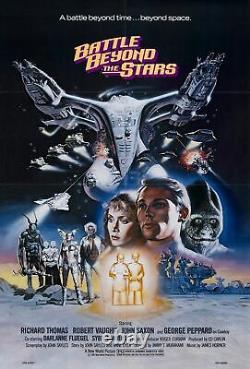 This is an original movie script used during the making of the 1980 film titled, BATTLE BEYOND THE STARS. This script was used by the special effects department during filming.

Some of the pages inside have handwritten markings or annotations. The markings inside may have been done by different special effects crew members, other than the name shown on the front cover. This script has all white pages throughout it inside. It is complete and it is 140 pages long.

A few of the pages inside have highlighter markings or handwritten pen markings and annotations on them. Please view all of the pictures above carefully. This script is in good overall condition. Shad, a young farmer, assembles a band of diverse mercenaries in outer space to defend his peaceful planet from the evil tyrant Sador and his armada of aggressors.

Among the mercenaries are Space Cowboy, a spacegoing truck driver from Earth; Gelt, a wealthy but experienced assassin looking for a place to hide; and Saint-Exmin, a Valkyrie warrior looking to prove herself in battle. THE POSTER SHOWN IN THE LAST PICTURE ABOVE IS NOT INCLUDED, IT IS JUST BEING USED AS A VISUAL REFERENCE. Specializes in rare and collectible movie scripts. Our scripts are genuine, authentic and screen used.

For example, if we are talking about a low-budget film with a small cast and only a few crew members, there are actually only a small number of scripts in existence around the world for that film. This aspect of collecting makes it fun but also difficult because there may be a certain writer or director that you love to collect and there may only be a handful of movie scripts that still exist from that specific film that you are looking for. We have some of the rarest movie scripts in the world. Each film project has a different total number of scripts that are issued. The older a film is you also have to figure in the fact that a lot of the original movie scripts have been thrown out or destroyed over time. We do our best to provide the widest selection of original movie scripts in the world. Whatever actor, producer, director, writer or specific film department you are looking for, we probably have a movie script related to the person you are looking for in some form or fashion. I know that there are a lot of items to search through, but there is definitely something for you.