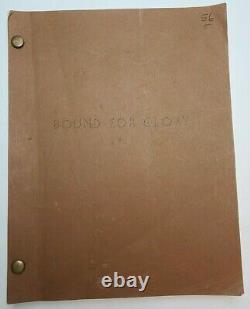 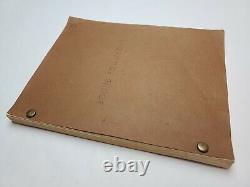 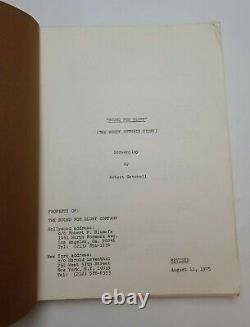 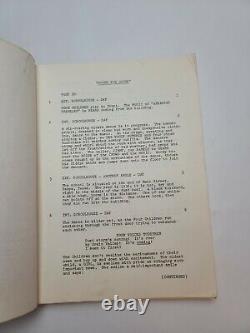 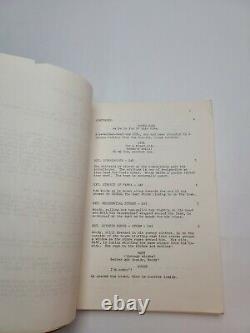 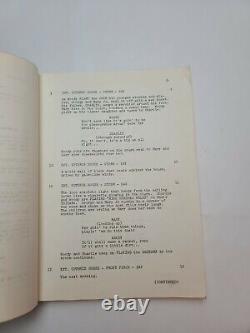 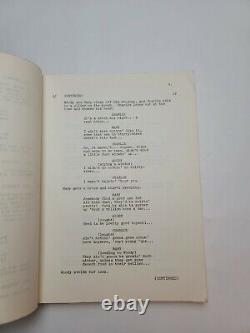 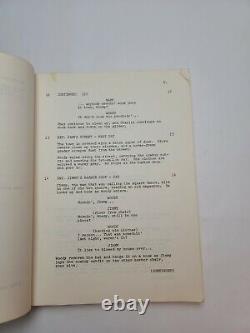 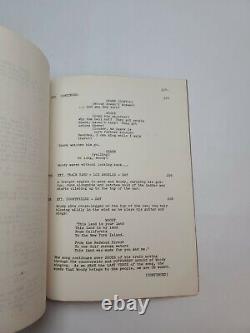 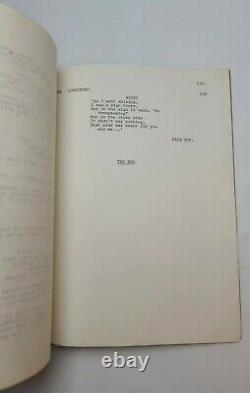 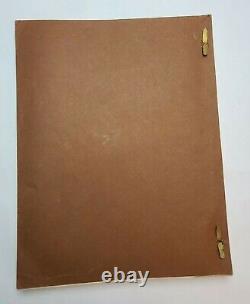 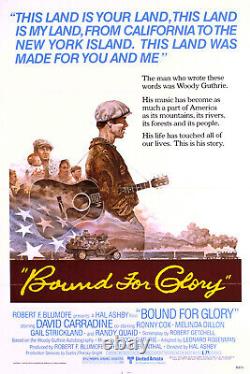 This is an original movie script used during the making of 1976 film titled, "Bound for Glory". This script has the original production cover with the Title of the film on it. It is the complete script and it is 129 pages long. It has all white pages throughout it inside. P lease view all of the pictures above carefully. This script is in good overall condition.

This film is an excellent biography of Woody Guthrie, one of America's greatest folk singers. He left his dust-devastated Texas home in the 1930s to find work, and discovered the suffering and strength of America's working class.