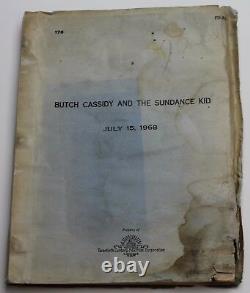 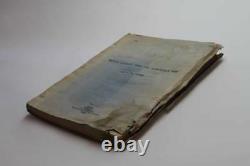 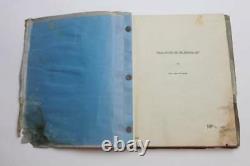 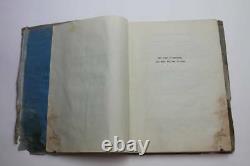 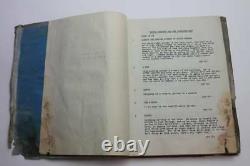 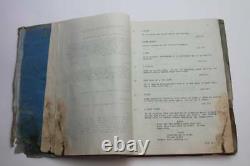 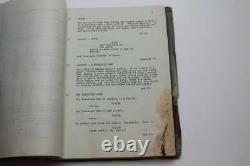 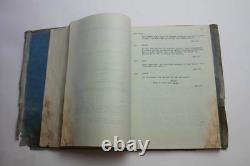 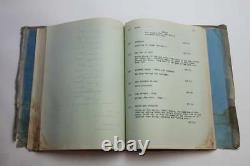 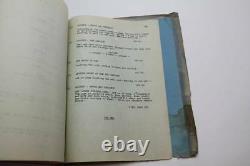 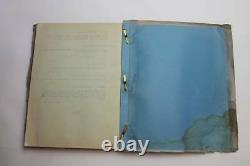 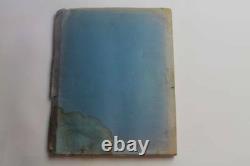 This script has the original production cover and is 186 pages long. There is a large water stain along the lower right portion of the script. This script is complete and it has all of the studio issued pages inside. All of the pages inside can easily be read and the water damage you see is cosmetic only with no affect on reading the entire script.

This script is entirely complete and very rare. Please view all of the pictures above carefully. Butch and Sundance are the two leaders of the Hole-in-the-Wall Gang. Butch is all ideas, Sundance is all action and skill. The west is becoming civilized and when Butch and Sundance rob a train once too often, a special posse begins trailing them no matter where they run.

Over rock, through towns, across rivers, the group is always just behind them. When they finally escape through sheer luck, Butch has another idea, "Let's go to Bolivia". Based on the exploits of the historical characters.

THE POSTER SHOWN IN THE LAST PICTURE ABOVE IS NOT INCLUDED, IT IS JUST BEING USED AS A VISUAL REFERENCE. Specializes in rare and collectible movie scripts. Our scripts are genuine, authentic and screen used. We also carry movie props from no genre in particular. Furthermore, all of our items that are not props or scripts can be found in our Other Memorabilia category. We do not sell reproductions or fakes.