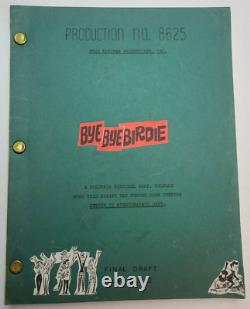 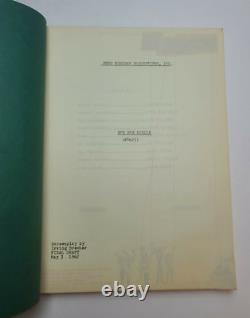 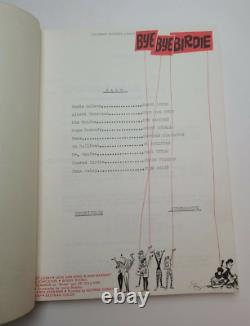 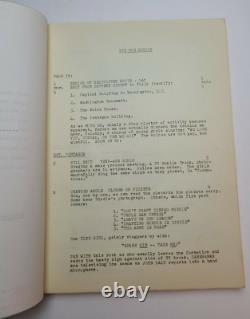 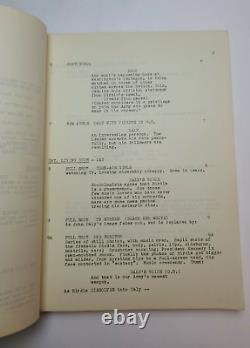 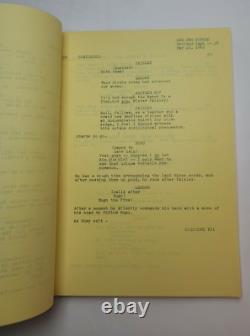 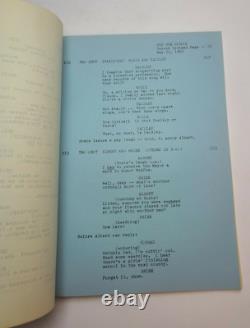 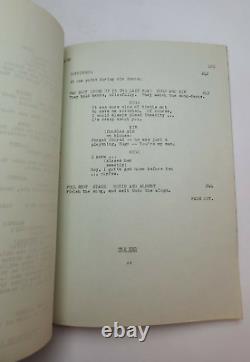 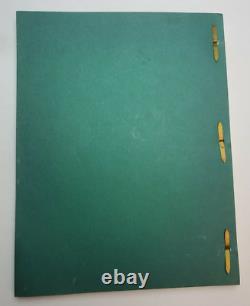 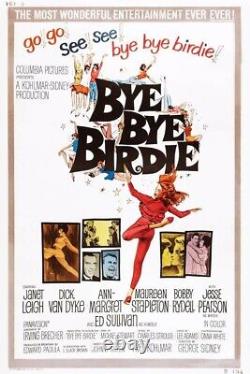 This is an Original Movie Script used during the making of the 1963 film titled, "Bye Bye Birdie". This script has the original, Columbia Pictures.

Production cover which has the Title of the film on it. The front cover has paper cut-out artwork glued to it, which was done by one of the crew members during filming.

You can see in the 6th picture provided above where the paper cut-out artwork came from. This script has multi-colored revision pages throughout it inside. It is 125 pages long.

Please view all of the pictures above carefully. This script is in good overall condition. A rock singer travels to a small Ohio town to make his "farewell" television performance and kiss his biggest fan before he is drafted. THE POSTER SHOWN IN THE LAST PICTURE ABOVE IS NOT INCLUDED, IT IS JUST BEING USED AS A VISUAL REFERENCE. Specializes in rare and collectible movie scripts.

These two types of scripts are much less valuable and desirable. All of our scripts are Original.. An original movie script has a lot of character in the item itself and every one of them is different in some way or another. There is usually only one script given to each crew member during production, however, sometimes they do get more than one. This makes original movie scripts very desirable because of how scarce they are. Any changes made to the screenplay during production are known as revisions and these revision pages are inserted into that one script that was issued out to them. For example, if we are talking about a low-budget film with a small cast and only a few crew members, there are actually only a small number of scripts in existence around the world for that film.