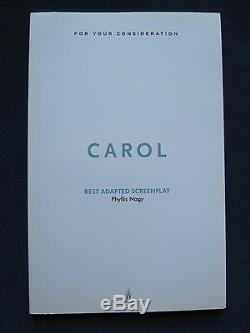 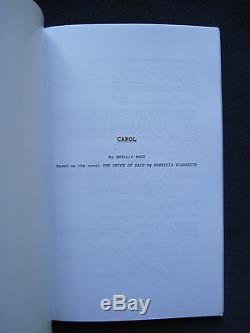 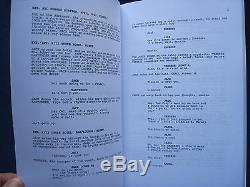 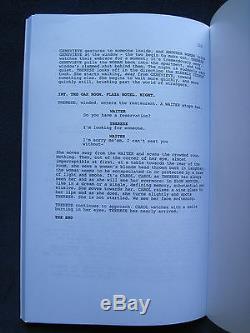 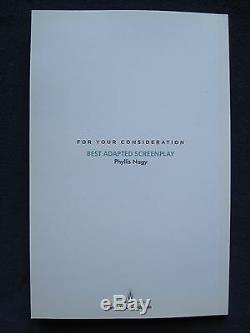 BLANCHETT, CATE, ROONEY MARA, PATRICIA HIGHSMITH. Based on the Novel The Price of Salt by Patricia Highsmith.

Los Angeles: The Weinstein Company, 2015. Small format, paperbound, 5 1/4 x 8 1/4, 115 pages. This is first appearance in book form of this screenplay specially printed for distribution to members of the Academy of Motion Pictures Arts & Sciences in consideration for nomination of the Best Adapted Screenplay for the film Carol written by Phyllis Nagy, based on the novel The Price of Salt by Patricia Highsmith, directed by Todd Haynes, starring Cate Blanchett in the title role, Rooney Mara, Sarah Paulson, and Kyle Chandler. A perfectbound book looking like a trade paperback.