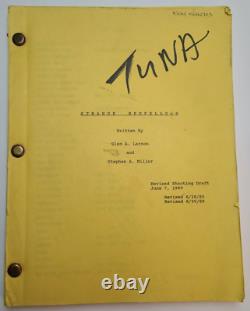 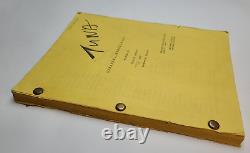 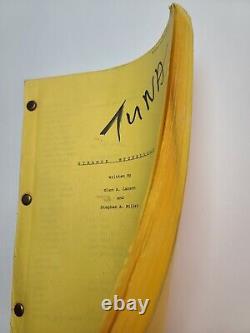 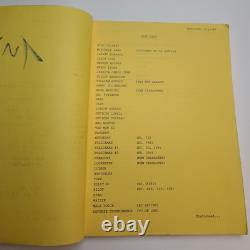 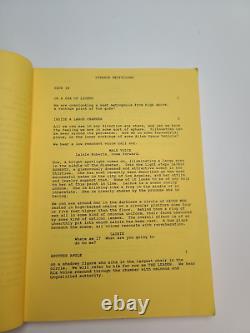 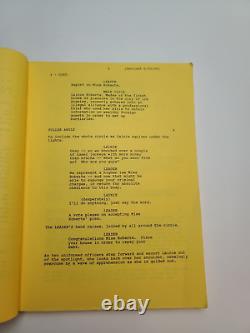 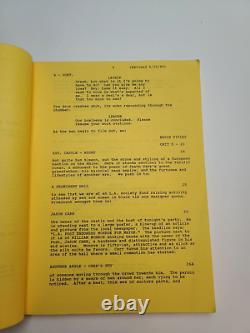 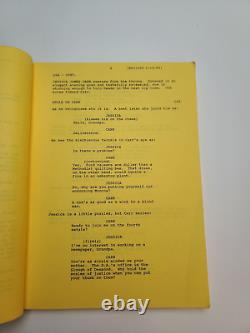 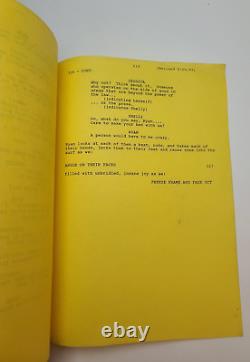 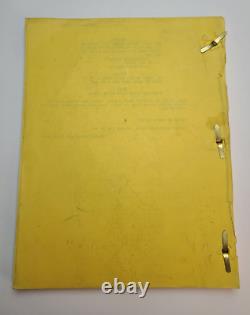 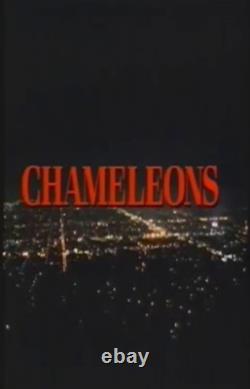 Episode Number: Season 1, Episode 1. This is an Original TV Script used during the making of the first episode of the Proposed 1989 TV Series titled, "Chameleons". The Title Page has the Working Title of the TV Series which was STRANGE BEDFELLOWS. It is from the Pilot Episode which is Season 1, Episode 1. It is the complete script and it.

This last page is tattered around the outer edges. Please view all of the pictures above carefully. The script is in good overall condition.

This TV Series never happened and this filmed Pilot Episode is now considered to be a 1989 TV Movie titled, "Chameleons". In this failed television series pilot from the mind of Glen A. Larson, Shelley (Crystal Bernard), a slightly-crazy heiress, discovers that her eccentric millionaire uncle Jason Carr (Stewart Granger) was rather more eccentric than even she had thought. He was a costumed superhero in his spare time, half of a duo calling itself "Captain Chameleon and the Paraclete of Justice". Now Shelley must find out exactly who murdered her uncle, with the help of her uncle's mysterious and handsome partner in fighting crime.