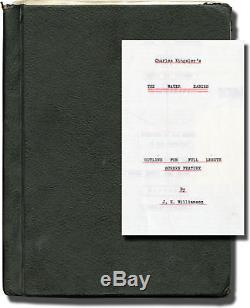 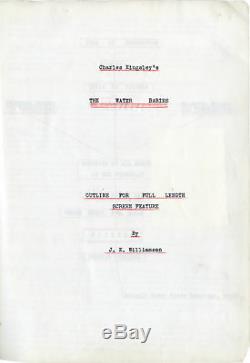 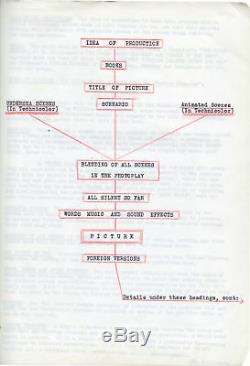 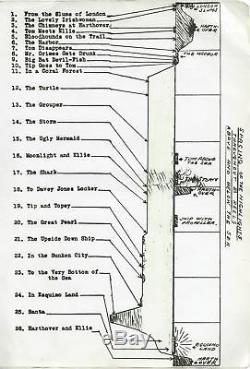 Williamson (adaptation) Title: The Water Babies (Original reatment for an unproduced film, circa early 1940s) Publication: N. Description: Treatment and production design notes for an unproduced live action film based on Charles Williams' beloved 1862 children's novel "The Water Babies, A Fairy Tale for a Land Baby, " by inventor and undersea photographer John Ernest Williams, circa 1944. Presumably unique, with holograph notations throughout. The novel was eventually adapted as an animated film in 1978, though that version bears no relation to this treatment. A deluxe 57 page story treatment, with 19 tipped in illustrations taken from magazines or books used as production design references for the action, several pages of typescript notes detailing Williamson's ideas for the film, including underwater photography using his patented Williamson Photosphere, mixing animation with the live action, diagrams in holograph ink, letters, postcards, silver gelatin black-and-white photographs, a proposed production budget and shooting schedule, and other material. John Ernest Williamson is best known as being the inventor of the "photosphere, " a device that enables undersea photography and cinematography. One of the vintage photographs taken using this process is tipped in to the script. Williamson spent most of his life in Nassau, Bahamas, where he conducted nearly all his ocean research. Housed in a generic contemporary black spring binder. Binder About Near Fine with fraying the extremities. Mixed media, including typescript, carbon typescript, and mimeograph leaves, with inserted notes and offset leaves taken from books and magazines.

The item "Charles Williams WATER BABIES Original reatment for an unproduced film #138839" is in sale since Saturday, March 23, 2019. This item is in the category "Entertainment Memorabilia\Movie Memorabilia\Scripts\Originals\Unsigned". The seller is "vanburenantiques" and is located in Baltimore, Maryland. This item can be shipped worldwide.