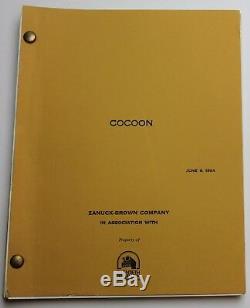 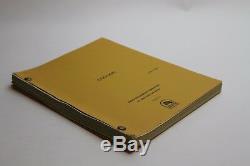 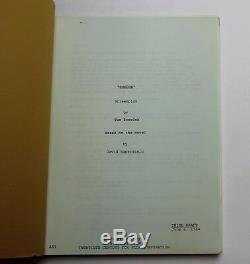 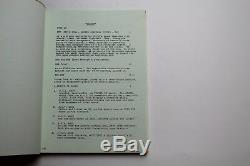 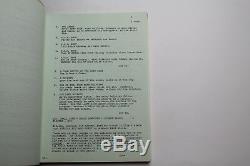 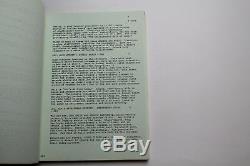 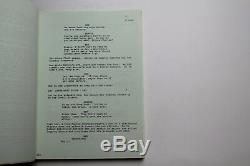 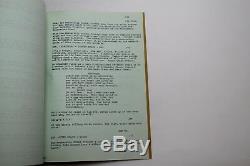 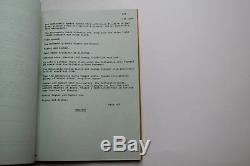 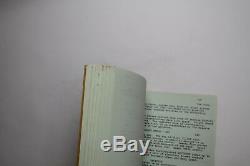 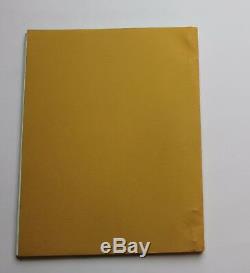 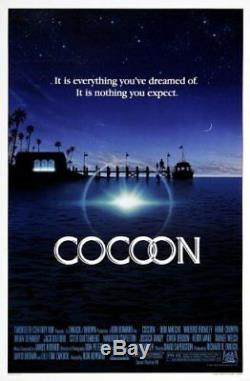 Script Dated: June 8, 1984. This is an original movie script from the 1985 Sci Fi movie, Cocoon. This script has the original Twentieth Century Fox production cover and is 127 pages long. It has all of the studio issued pages inside. Please view all of the pictures above carefully.

This script is in good overall condition. A group of aliens return to earth to retrieve cocoons containing the people they'd left behind from an earlier trip. These cocoons had been resting at the bottom of the ocean.

Once retrieved, they stored these recovered cocoons in the swimming pool of a house they'd rented in a small Florida town. Their mission is hampered by a number of elderly people from a nearby retirement community who had been secretly using the pool, and who discover unusual powers from within these cocoons.

Once you check off this little box it will allow you to search for a specific word that is contained in any of our listings' actual description. Here all of the original movie scripts will be categorized by decade, which will help you to narrow down what you are looking for by the year it was made. The item "COCOON / Tom Benedek 1984 Movie Script Screenplay, Ron Howard Alien Sci Fi Film" is in sale since Sunday, February 24, 2019.