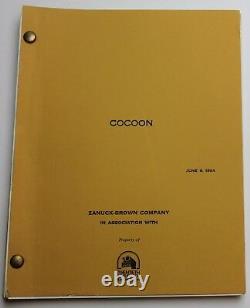 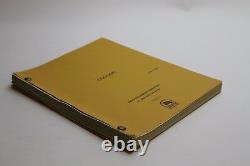 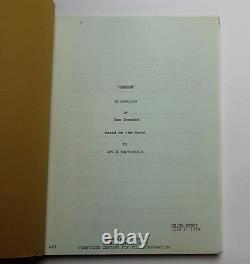 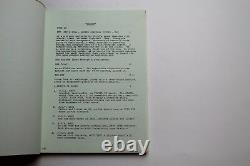 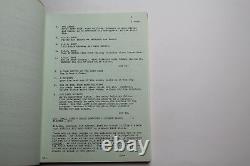 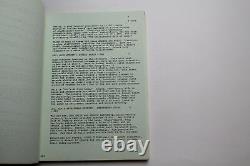 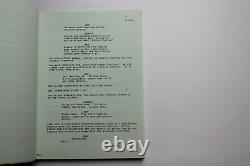 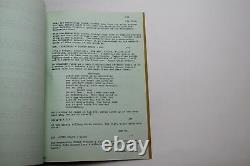 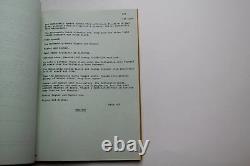 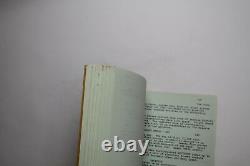 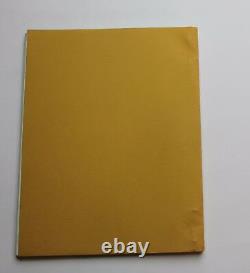 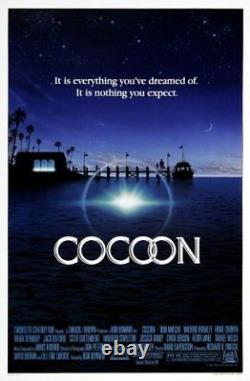 Script Dated: June 8, 1984. This is an original movie script from the 1985 Sci Fi movie, Cocoon. This script has the original Twentieth Century Fox production cover and is 127 pages long. It has all of the studio issued pages inside.

A group of aliens return to earth to retrieve cocoons containing the people they'd left behind from an earlier trip. These cocoons had been resting at the bottom of the ocean. Once retrieved, they stored these recovered cocoons in the swimming pool of a house they'd rented in a small Florida town. Their mission is hampered by a number of elderly people from a nearby retirement community who had been secretly using the pool, and who discover unusual powers from within these cocoons.

THE POSTER SHOWN IN THE LAST PICTURE ABOVE IS NOT INCLUDED, IT IS JUST BEING USED AS A VISUAL REFERENCE. Specializes in rare and collectible movie scripts. Our scripts are genuine, authentic and screen used. We also carry movie props from no genre in particular. Furthermore, all of our items that are not props or scripts can be found in our Other Memorabilia category. We do not sell reproductions or fakes. We have one of the largest collections of original movie screenplays in the world. We also carry scripts used in Television, Broadway, Radio and other forms of entertainment. Every script that we own was hand-picked one at a time over the many years of which we have been collecting.