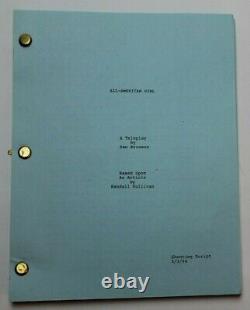 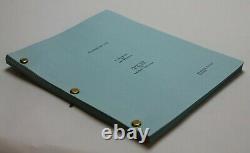 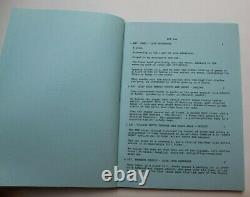 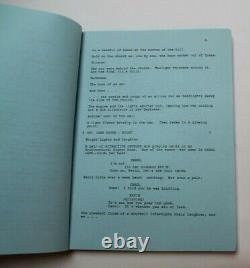 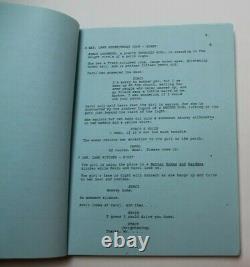 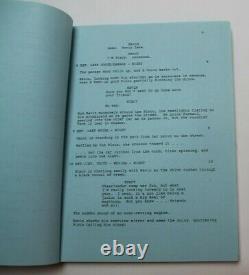 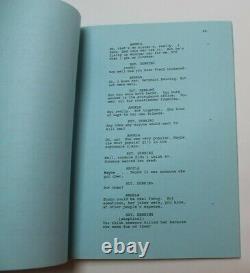 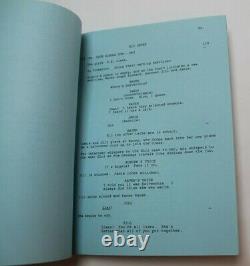 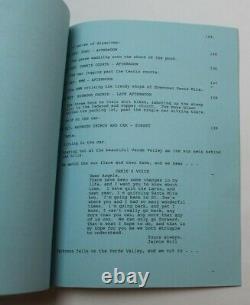 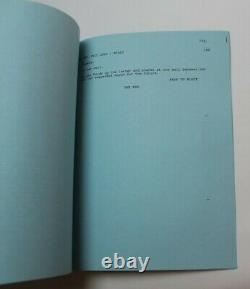 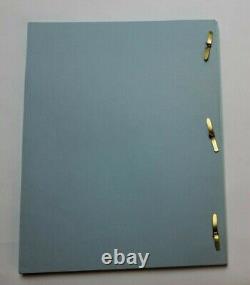 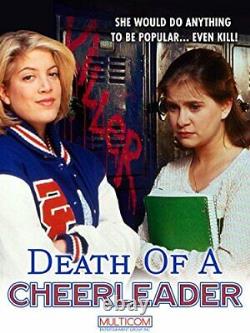 Title: Death of a Cheerleader. Alternate Titles: " All-American Girl" & "A Friend to Die For". Script Dated: May 3, 1994. This is an original movie script used during the making of the 1994 TV Movie titled, "Death of a Cheerleader". The Title page has the Working Title of the film which was, "All-American Girl". Another Title this film is known by is " A Friend to Die For". It is an extremely rare Movie starring: Kellie Martin, Tori Spelling, James Avery, Eugene Roche & Andy Romano. This Shooting Script has all blue.

Pages throughout inside and it is 104 pages long. It shows the appropriate signs of aging for being used during the 1990's.

Please view all of the pictures above carefully. This script is in very good overall condition. Angela Delvecchio for some reason transfers from a Catholic school to a public school in the same town. She proceeds to try to make friends with the most popular girl in school which leads to tragedy. Based on a true story.

All of our scripts are Original.. An original movie script has a lot of character in the item itself and every one of them is different in some way or another. There is usually only one script given to each crew member during production, however, sometimes they do get more than one. This makes original movie scripts very desirable because of how scarce they are. Any changes made to the screenplay during production are known as revisions and these revision pages are inserted into that one script that was issued out to them. For example, if we are talking about a low-budget film with a small cast and only a few crew members, there are actually only a small number of scripts in existence around the world for that film. This aspect of collecting makes it fun but also difficult because there may be a certain writer or director that you love to collect and there may only be a handful of movie scripts that still exist from that specific film that you are looking for.