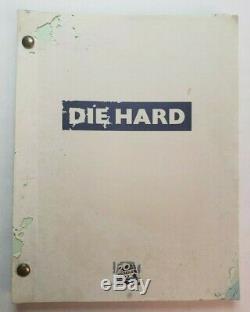 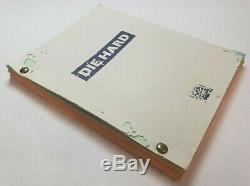 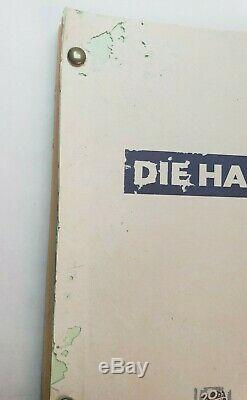 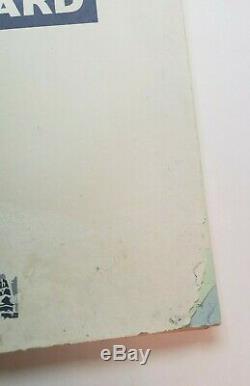 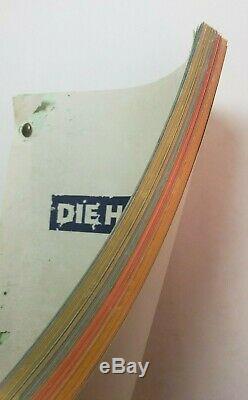 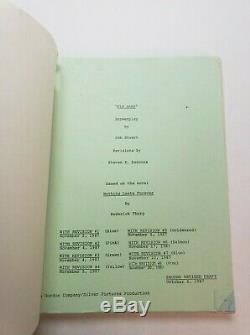 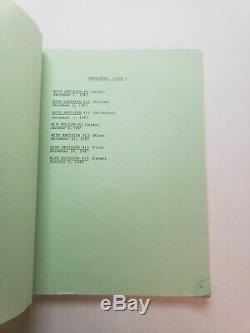 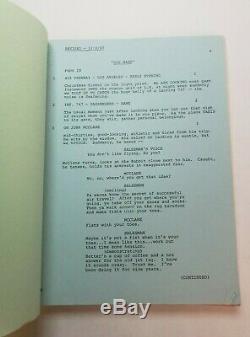 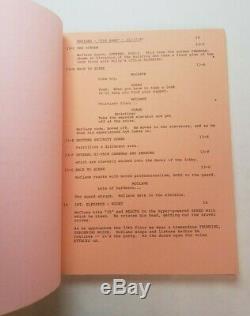 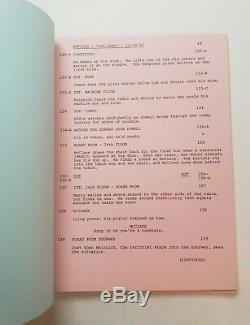 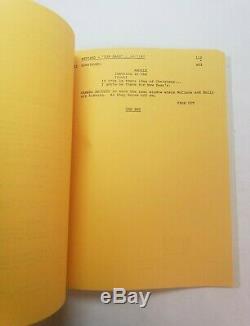 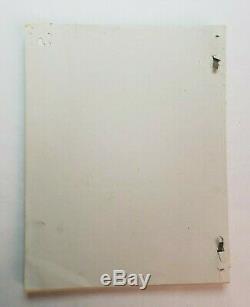 Script Dated: January 4, 1988. Written by: Jeb Stuart & Steven E. This is an Original Movie Script used during the making of the Classic 1988 Action Film titled, "Die Hard". This is the Revised Second Draft last dated January 4, 1988. It has the original, Twentieth Century Fox, production cover.

The front cover has some scattered holes on the upper and lower edges from the elements and from being in storage for over 25 years, please view the pictures #1-4 above carefully. This script has multi-colored revision pages inserted throughout inside. It is complete and it is 112 pages long. Lease view all of the pictures provided above.

This script is in good overall condition. It shows the appropriate signs of aging for being used during the 1980's. NYPD cop John McClane goes on a Christmas vacation to visit his wife Holly in Los Angeles where she works for the Nakatomi Corporation. While they are at the Nakatomi headquarters for a Christmas party, a group of robbers led by Hans Gruber take control of the building and hold everyone hostage, with the exception of John, while they plan to perform a lucrative heist. Unable to escape and with no immediate police response, John is forced to take matters into his own hands.

Once you check off this little box it will allow you to search for a specific word that is contained in any of our listings' actual description. Here all of the original movie scripts will be categorized by decade, which will help you to narrow down what you are looking for by the year it was made. The item "DIE HARD / Jeb Stuart 1988 Screenplay, classic Bruce Willis NYPD action film" is in sale since Wednesday, January 15, 2020. This item is in the category "Entertainment Memorabilia\Movie Memorabilia\Scripts\Originals\Unsigned".