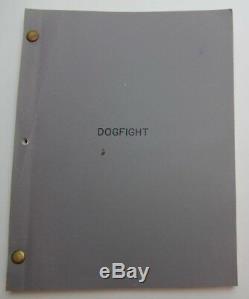 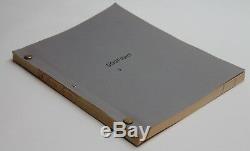 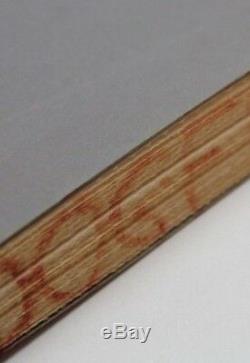 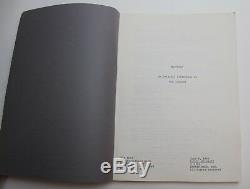 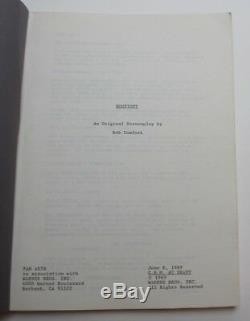 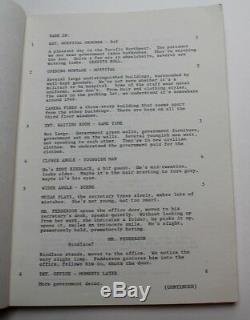 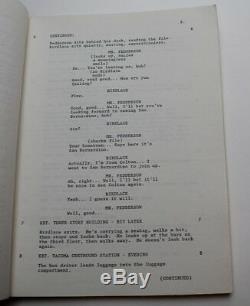 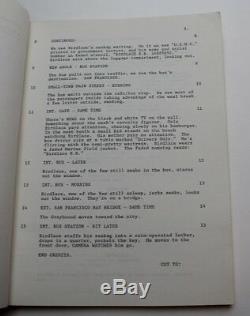 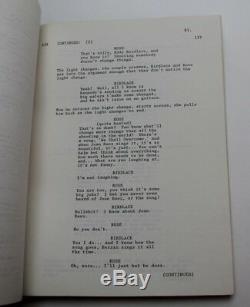 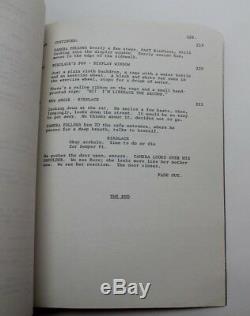 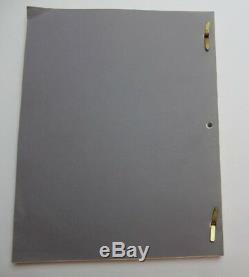 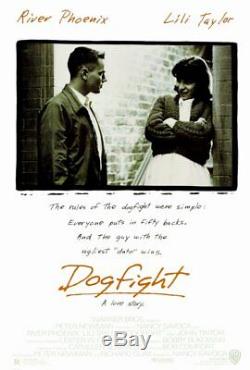 Script Dated: June 8, 1989. This is an Original Movie Script used during the making of 1991 film titled, "Dogfight". It has the original grey production cover with the title of the film.

It has all white pages throughout the script and it is 120 pages long. All of the pages in this script have the original, studio issued. It has the title handwritten along the spine using a red marker. This script shows the appropriate signs of aging for being around 30 years old.

Please view all of the pictures provided above. It is in very good overall condition. They play a dirty game called'Dogfight': all of them seek a woman for a party, and who finds the most ugly one, wins a prize. Eddie finds the lonesome pacifist Rose working in a coffee shop. She's happy to accompany him - but then she sees through the game. However by this time he already learned to like her, so he follows her home. Will he manage to win her heart despite their differences?

These two types of scripts are much less valuable and desirable. All of our scripts are Original. An original movie script has a lot of character in the item itself and every one of them is different in some way or another. There is usually only one script given to each crew member during production, however, sometimes they do get more than one. This makes original movie scripts very desirable because of how scarce they are. Any changes made to the screenplay during production are known as revisions and these revision pages are inserted into that one script that was issued out to them. For example, if we are talking about a low-budget film with a small cast and only a few crew members, there are actually only a small number of scripts in existence around the world for that film. This aspect of collecting makes it fun but also difficult because there may be a certain writer or director that you love to collect and there may only be a handful of movie scripts that still exist from that specific film that you are looking for.

I know that there are a lot of items to search through, but there is definitely something for you. Once you check off this little box it will allow you to search for a specific word that is contained in any of our listings' actual description. Here all of the original movie scripts will be categorized by decade, which will help you to narrow down what you are looking for by the year it was made. The item "Dogfight / Bob Comfort 1989 Movie Script Screenplay, River Phoenix romance" is in sale since Saturday, April 13, 2019.