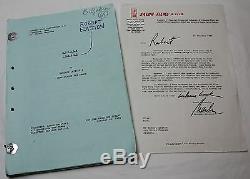 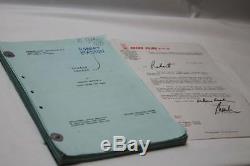 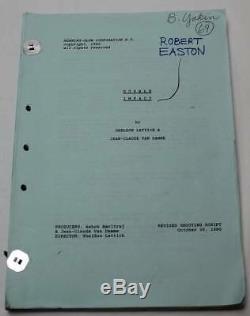 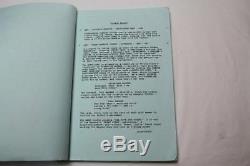 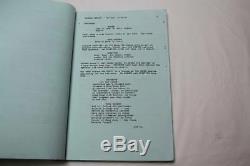 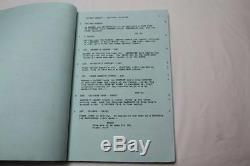 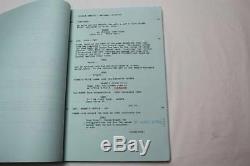 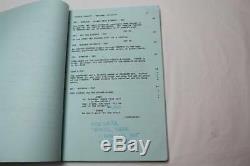 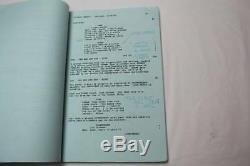 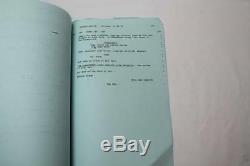 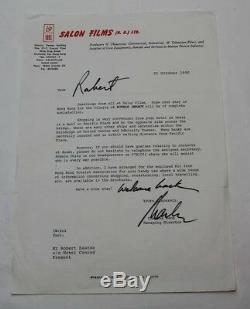 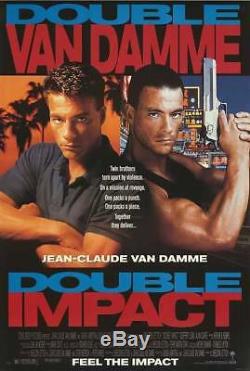 It also comes with 1 hand signed letter written to Robert Easton, which talks about his filming in Hong Kong. Please view all of the pictures above carefully. It's in very good overall condition. This script was used by Robert Easton.

He died in 2011 and was a well know actor in a lot of big name movies. He's even more well known for his dialect coaching. He coached Al Pacino on his Scarface accent as well as many other famous actors. You may see some hand written notes on some of the pages in this script, which are associated with his dialect coaching.

There are certain markings that have different meanings. I'm not sure exactly what some of the marks mean but it's probably meant to show a pause or to use a different accent at a certain time of the dialogue, or to carry certain vowels longer or shorter. It is a science that Robert Easton mastered and you can see his craft directly in this script. Some of the pages may be dog eared.

(folded down at the top corner of the page) He did this to keep track of where he left notes in the script. Jean Claude Van Damme plays a dual role as Alex and Chad, twins separated at the death of their parents. Chad is raised by a family retainer in Paris, Alex becomes a petty crook in Hong Kong. Seeing a picture of Alex, Chad rejoins him and convinces him that his rival in Hong Kong is also the man who killed their parents. Alex is suspicious of Chad, especially when it comes to his girlfriend.

Furthermore, all of our items that are not props or scripts can be found in our Other Memorabilia category. We do not sell reproductions or fakes. We have one of the largest collections of original movie screenplays in the world. We also carry scripts used in Television, Broadway, Radio and other forms of entertainment. Every script that we own was hand-picked one at a time over the many years of which we have been collecting. A lot of people, new to collecting, are confused about the word Original. " In terms of movie scripts, the term "Original means that it was used by the production company in the early stages of production or that it was issued out to the cast and crew members during filming, and used at the time of production. Any scripts printed or used in any fashion after filming has completed are known as either a reproduction or a post-production script. These two types of scripts are much less valuable and desirable. All of our scripts are Original. An original movie script has a lot of character in the item itself and every one of them is different in some way or another. There is usually only one script given to each crew member during production, however, sometimes they do get more than one.

Once you check off this little box it will allow you to search for a specific word that is contained in any of our listings' actual description. Here all of the original movie scripts will be categorized by decade, which will help you to narrow down what you are looking for by the year it was made. The item "DOUBLE IMPACT / Sheldon Lettich 1990 Movie Script, Jean-Claude Van Damme" is in sale since Wednesday, March 27, 2019. This item is in the category "Entertainment Memorabilia\Movie Memorabilia\Scripts\Originals\Unsigned". The seller is "themoviewizard" and is located in Van Nuys, California.