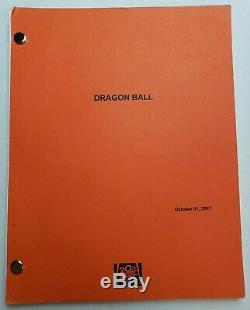 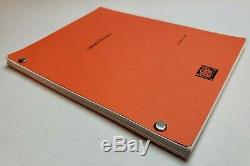 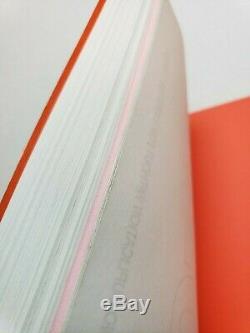 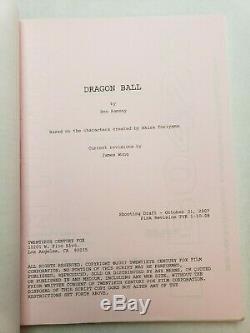 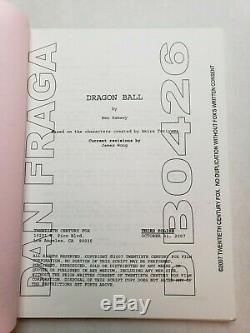 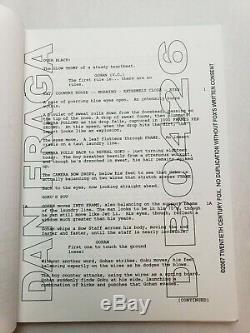 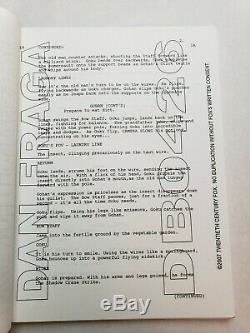 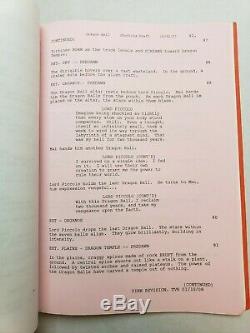 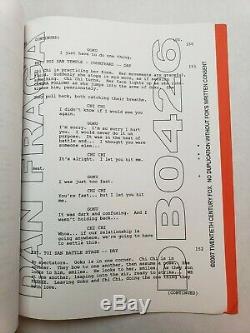 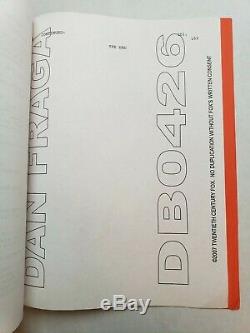 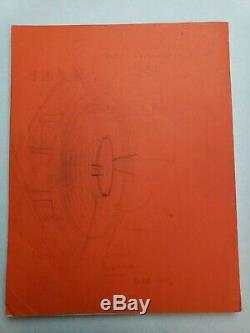 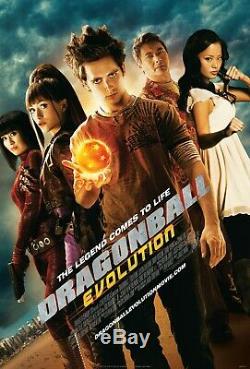 Script Last Dated: January 10, 2008. This is an Original Movie Script used during the making of the 2009 film titled, "Dragonball Evolution".

It has the original orange, Twentieth Century Fox, production cover. The cover has the Working Title of the film which was just, "Dragon Ball". This script is the Pink Revision Shooting Draft. This script has white pages and pink revision pages throughout it inside and it is 101 pages long.

There is a pencil scribble drawing on the back cover. Please view all of the pictures above carefully. This script in very good overall condition. The story begins with Goku, who seeks out upon his adoptive grandfather Grandpa Gohan's dying request to find the great Master Roshi and gather all seven Dragon Balls. Of which he has one, in order to prevent the evil Lord Piccolo from succeeding in his desire to use the Dragon Balls to take over the world. And Goku's quest is to obtain the mystical Dragonballs before Piccolo does. THE POSTER SHOWN IN THE LAST PICTURE ABOVE IS NOT INCLUDED, IT IS JUST BEING USED AS A VISUAL REFERENCE. Specializes in rare and collectible movie scripts. Our scripts are genuine, authentic and screen used.

Here all of the original movie scripts will be categorized by decade, which will help you to narrow down what you are looking for by the year it was made. The item "DRAGONBALL EVOLUTION / Ben Ramsey 2008 Screenplay, BOTTOM RATED MOVIE cult film" is in sale since Wednesday, April 29, 2020. This item is in the category "Entertainment Memorabilia\Movie Memorabilia\Scripts\Originals\Unsigned". The seller is "themoviewizard" and is located in Van Nuys, California.