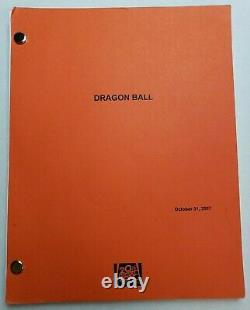 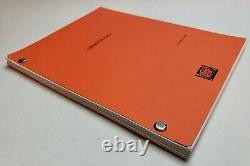 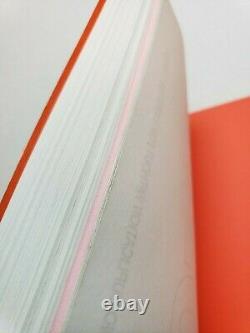 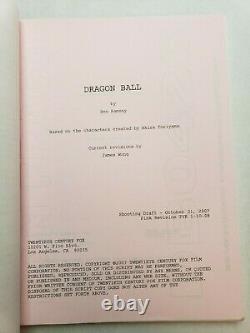 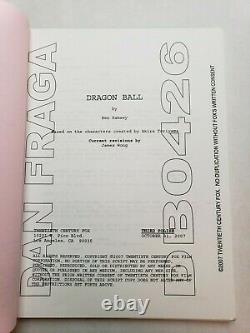 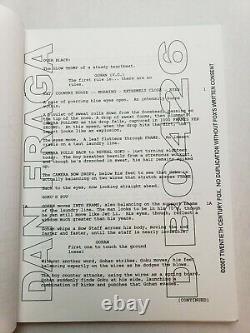 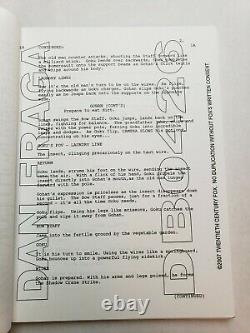 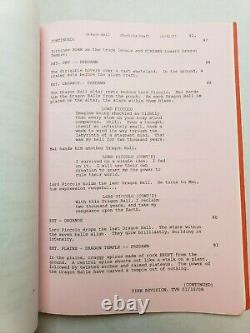 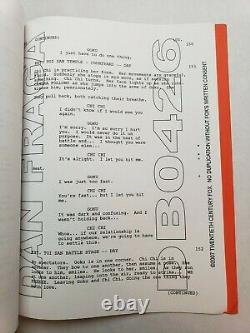 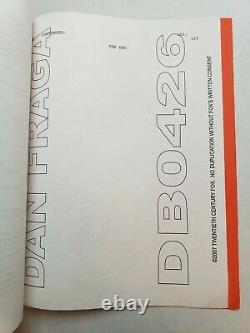 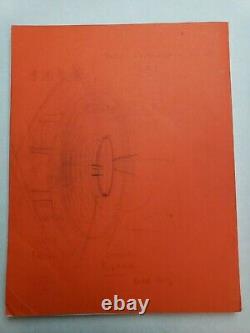 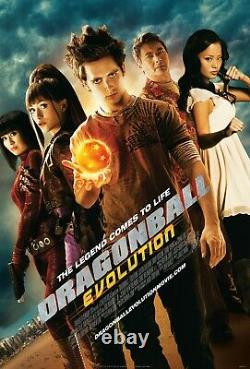 Script Last Dated: January 10, 2008. This is an Original Movie Script used during the making of the 2009 film titled, "Dragonball Evolution". It has the original orange, Twentieth Century Fox, production cover. The cover has the Working Title of the film which was just, "Dragon Ball". This script is the Pink Revision Shooting Draft. This script has white pages and pink revision pages throughout it inside and it is 101 pages long. There is a pencil scribble drawing on the back cover. Please view all of the pictures above carefully. This script in very good overall condition. The story begins with Goku, who seeks out upon his adoptive grandfather Grandpa Gohan's dying request to find the great Master Roshi and gather all seven Dragon Balls. Of which he has one, in order to prevent the evil Lord Piccolo from succeeding in his desire to use the Dragon Balls to take over the world. And Goku's quest is to obtain the mystical Dragonballs before Piccolo does. THE POSTER SHOWN IN THE LAST PICTURE ABOVE IS NOT INCLUDED, IT IS JUST BEING USED AS A VISUAL REFERENCE. Specializes in rare and collectible movie scripts. Our scripts are genuine, authentic and screen used. We also carry movie props from no genre in particular. Furthermore, all of our items that are not props or scripts can be found in our Other Memorabilia category. We do not sell reproductions or fakes. We have one of the largest collections of original movie screenplays in the world. We also carry scripts used in Television, Broadway, Radio and other forms of entertainment. Every script that we own was hand-picked one at a time over the many years of which we have been collecting. A lot of people, new to collecting, are confused about the word Original. " In terms of movie scripts, the term "Original means that it was used by the production company in the early stages of production or that it was issued out to the cast and crew members during filming, and used at the time of production. Any scripts printed or used in any fashion after filming has completed are known as either a reproduction or a post-production script. These two types of scripts are much less valuable and desirable. All of our scripts are Original.. An original movie script has a lot of character in the item itself and every one of them is different in some way or another. There is usually only one script given to each crew member during production, however, sometimes they do get more than one. This makes original movie scripts very desirable because of how scarce they are. Any changes made to the screenplay during production are known as revisions and these revision pages are inserted into that one script that was issued out to them.