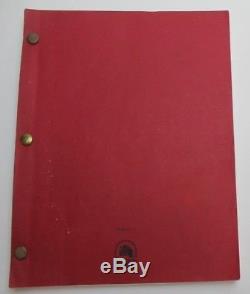 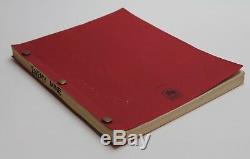 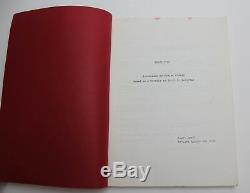 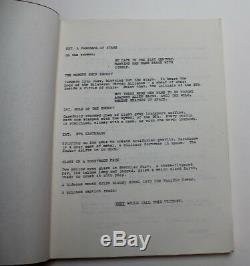 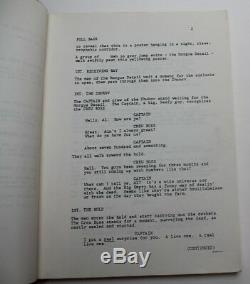 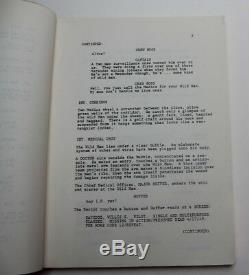 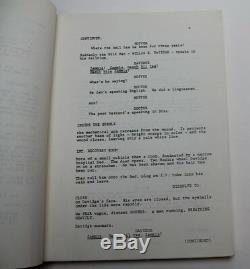 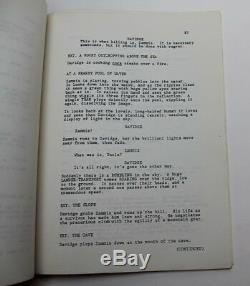 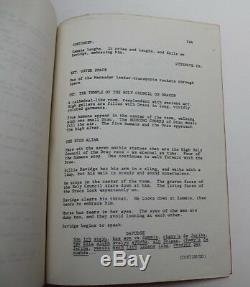 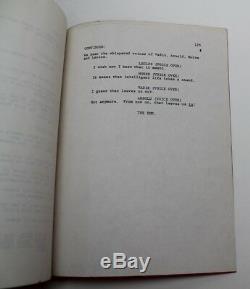 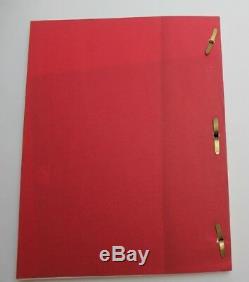 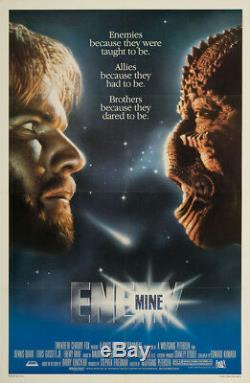 Script Dated: August 14, 1982. This is an Original Movie Script from the 1985 Sci Fi film, "Enemy Mine". It has the original, Twentieth Century Fox, production cover. This is a rare and early First Draft dated 1982. It has all white pages inside and is 125 pages long.

The top of the Title Page has a small red stain mark. Please view all of the pictures above carefully. It's in good overall condition.

A soldier from Earth crashlands on an alien world after sustaining battle damage. Eventually, he encounters another survivor, but from the enemy species he was fighting. They band together to survive on this hostile world. In the end, the human finds himself caring for his enemy in a completely unexpected way. POSTER IS NOT INCLUDED, IT IS JUST BEING USED AS A VISUAL REFERENCE. Specializes in rare and collectible movie scripts.

Whatever actor, producer, director, writer or specific film department you are looking for, we probably have a movie script related to the person you are looking for in some form or fashion. I know that there are a lot of items to search through, but there is definitely something for you. Once you check off this little box it will allow you to search for a specific word that is contained in any of our listings' actual description. Here all of the original movie scripts will be categorized by decade, which will help you to narrow down what you are looking for by the year it was made. The item "Enemy Mine / Edward Khmara 1982 Movie Script Screenplay, Sci Fi Space War Film" is in sale since Wednesday, March 27, 2019.