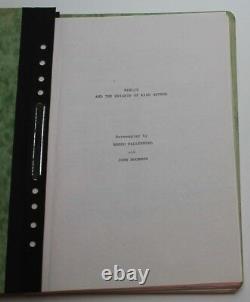 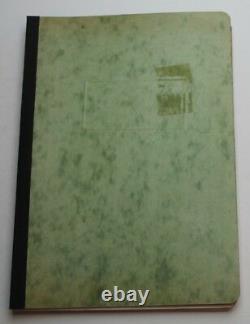 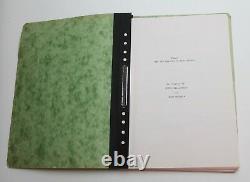 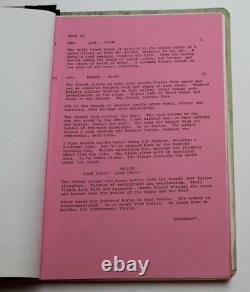 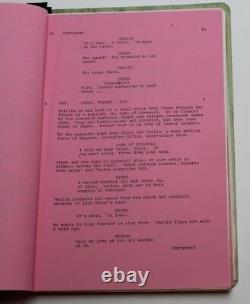 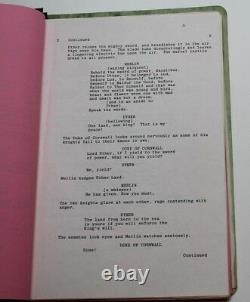 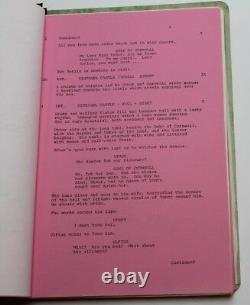 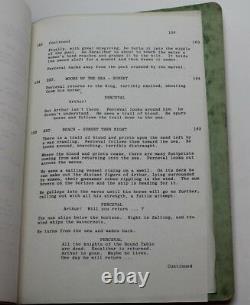 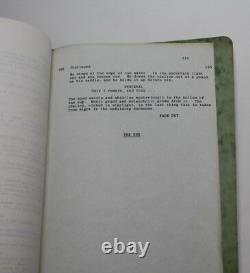 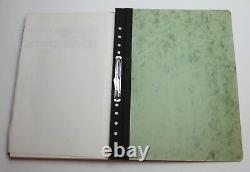 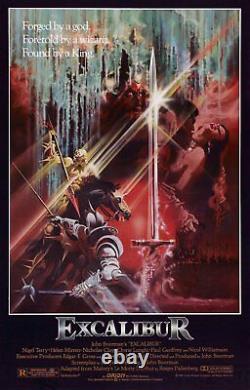 This is an Original Movie Script from the 1981 Classic, Excalibur. The Title Page inside has the original Working Title of the film which was, Merlin and the Knights of King Arthur. This Draft is undated and was used during the early stages of the film.

Rospo Pallenberg and John Boorman. This script has revisions on pink colored pages and the rest of the pages inside are white. It is 110 pages long.

The pages inside of this script are not 8.5" by 11, " rather they are longer type pages which are common with UK scripts. Please view all of the pictures provided above. It is in very good overall condition. The myth of King Arthur brought once again to the screen. Uthur Pendragon is given the mystical sword Excalibur by the wizard Merlin. At his death Uthur buries the sword into a stone, and the next man that can pull it out will be King of England.

Years later Arthur, Uthur's bastard son draws Excalibur and becomes king. Guided by Merlin, Arthur marries Guenivere and gathers the Knights of the Round Table. Arthur's evil half-sister Morgana sires a son with him, who may prove his downfall.

The item "EXCALIBUR / Rospo Pallenberg 1981 Movie Script Screenplay, Early Undated Draft" is in sale since Saturday, May 30, 2020. This item is in the category "Entertainment Memorabilia\Movie Memorabilia\Scripts\Originals\Unsigned".