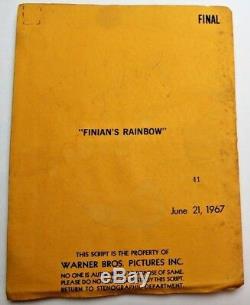 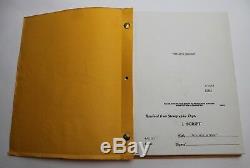 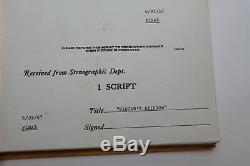 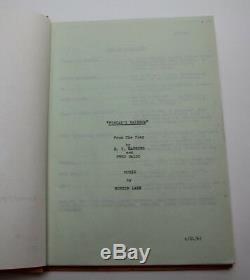 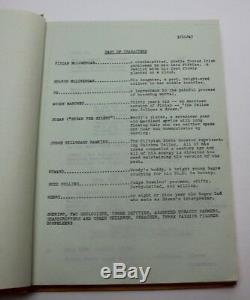 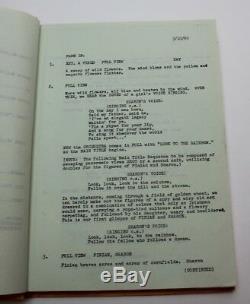 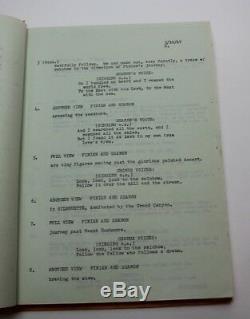 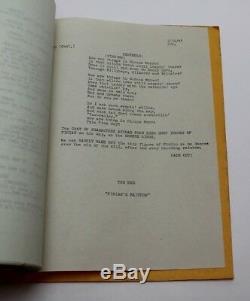 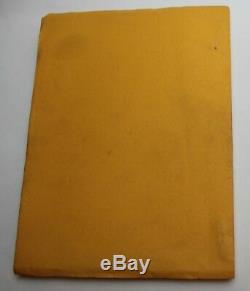 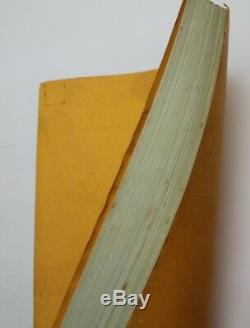 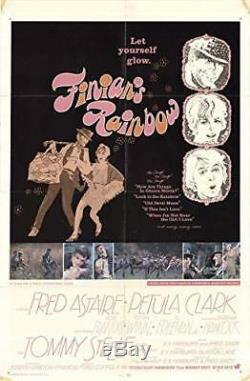 Script Last Dated: June 21, 1967. This is an Original Movie Script from the 1968 Musical film titled, "Finian's Rainbow". It has the original Warner Bros. The cover has some light water stain marks and there is also some small brown spotting along the outer edges of the pages. Please view all of the pictures provided above.

This script is complete and is 130 pages long. It is the Final Draft which is dated. It is in very good overall condition for being over 50 years old. Of Glocca Morra, Ireland, Finian McLongeran, who has his own unique belief system of Irish legends, uproots himself and his adult daughter, Sharon McLonergan, and heads for the mythical land of Rainbow Valley, Missitucky, USA where he believes he will become rich. One of those beliefs is that burying a crock of gold in Rainbow Valley will make it multiply, due to the power of rainbows and the Valley's close proximity to Fort Knox.

Finian considers that he "borrowed" the crock of gold he has from the leprechauns of Glocca Morra, which he plans to return once he makes his fortune. Little does he know that in taking the gold, the leprechauns can no longer make wishes come true and are slowly turning mortal. One of those leprechauns, Og, has come to retrieve the crock of gold to save himself and his fellow leprechauns. THE POSTER SHOWN IN THE LAST PICTURE ABOVE IS NOT INCLUDED, IT IS JUST BEING USED AS A VISUAL REFERENCE. Specializes in rare and collectible movie scripts.

These two types of scripts are much less valuable and desirable. All of our scripts are Original. An original movie script has a lot of character in the item itself and every one of them is different in some way or another. There is usually only one script given to each crew member during production, however, sometimes they do get more than one. This makes original movie scripts very desirable because of how scarce they are. Any changes made to the screenplay during production are known as revisions and these revision pages are inserted into that one script that was issued out to them. For example, if we are talking about a low-budget film with a small cast and only a few crew members, there are actually only a small number of scripts in existence around the world for that film. This aspect of collecting makes it fun but also difficult because there may be a certain writer or director that you love to collect and there may only be a handful of movie scripts that still exist from that specific film that you are looking for. We have some of the rarest movie scripts in the world. Each film project has a different total number of scripts that are issued. The older a film is you also have to figure in the fact that a lot of the original movie scripts have been thrown out or destroyed over time. We do our best to provide the widest selection of original movie scripts in the world. Whatever actor, producer, director, writer or specific film department you are looking for, we probably have a movie script related to the person you are looking for in some form or fashion. I know that there are a lot of items to search through, but there is definitely something for you.