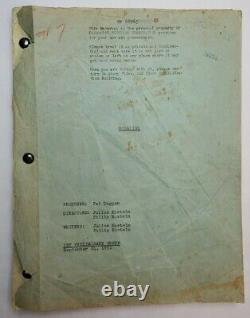 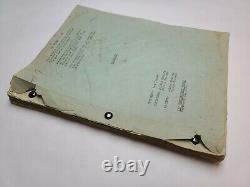 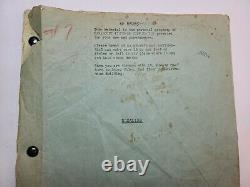 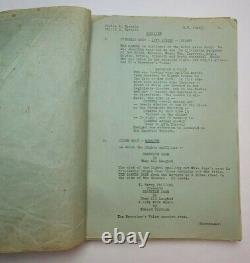 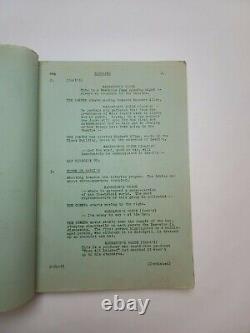 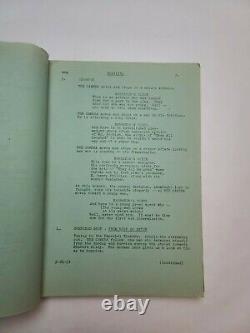 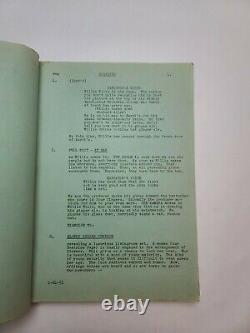 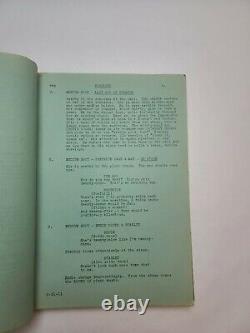 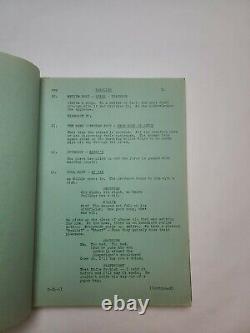 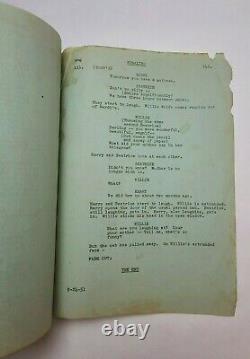 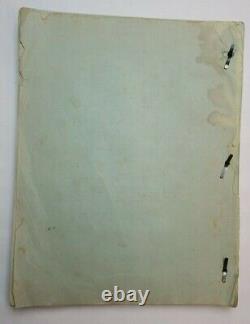 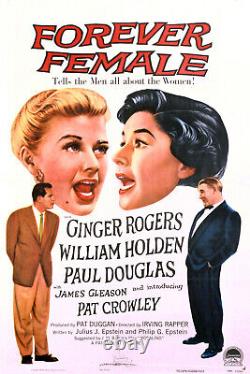 This is an original movie script used during the making of the 1953 film titled, "Forever Female". This script has the original Paramount Pictures Title Page with the Working Title which was "Rosalind". The Title Page is heavily wrinkled and is torn around the top and bottom brass brads. The entire spine of the script has a light water stain mark.

The last page is also lightly torn around the edges. This script has all green pages throughout it inside and it is 142 pages long.

It shows the appropriate signs of aging for being used during filming in the early 1950's. Please view all of the pictures above carefully. This script is in fair overall condition. An aging actress refuses to admit she is too old to play the ingénue role anymore. Playwright Stanley Krown has a terrific new play.

It's got a great part for reigning Broadway star Beatrice Page, and a young actress named Sally Carver will do just about anything to get the ingénue lead. The problem is that Beatrice doesn't want the great role written for her. She wants the ingénue role, something she could have played wonderfully -- when she was twenty years younger. THE POSTER SHOWN IN THE LAST PICTURE ABOVE IS NOT INCLUDED, IT IS JUST BEING USED AS A VISUAL REFERENCE. Specializes in rare and collectible movie scripts. Our scripts are genuine, authentic and screen used. We also carry movie props from no genre in particular. Furthermore, all of our items that are not props or scripts can be found in our Other Memorabilia category.

A lot of people, new to collecting, are confused about the word Original. " In terms of movie scripts, the term "Original means that it was used by the production company in the early stages of production or that it was issued out to the cast and crew members during filming, and used at the time of production. Any scripts printed or used in any fashion after filming has completed are known as either a reproduction or a post-production script. These two types of scripts are much less valuable and desirable. All of our scripts are Original.. An original movie script has a lot of character in the item itself and every one of them is different in some way or another. There is usually only one script given to each crew member during production, however, sometimes they do get more than one. This makes original movie scripts very desirable because of how scarce they are. Any changes made to the screenplay during production are known as revisions and these revision pages are inserted into that one script that was issued out to them. For example, if we are talking about a low-budget film with a small cast and only a few crew members, there are actually only a small number of scripts in existence around the world for that film. This aspect of collecting makes it fun but also difficult because there may be a certain writer or director that you love to collect and there may only be a handful of movie scripts that still exist from that specific film that you are looking for. We have some of the rarest movie scripts in the world.