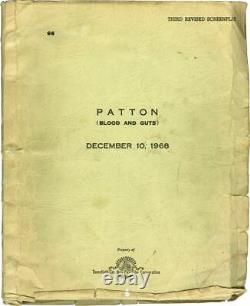 An epic and irreverently stylized film biography, focusing on General George S. Patton's career as a tank commander in North Africa during World War II, and progressing through the invasion of Germany and the fall of the Third Reich.