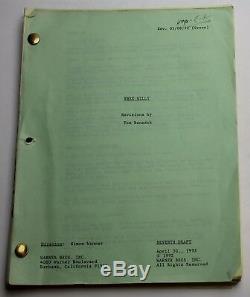 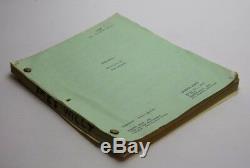 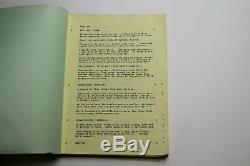 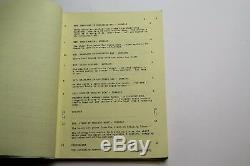 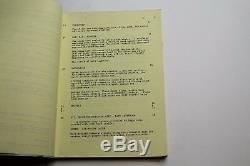 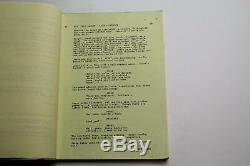 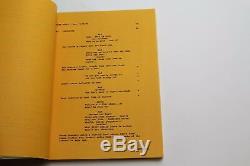 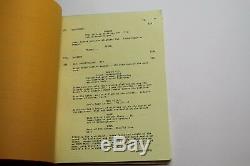 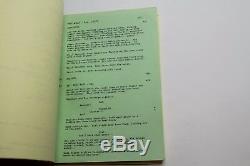 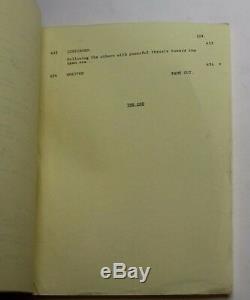 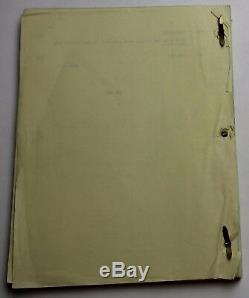 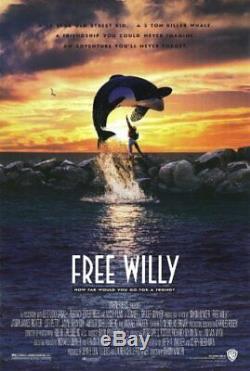 Script Dated: May 8, 1992. This is an original movie script from the Classic 1993 movie, Free Willy. It has multi-colored revision pages inside. This complete script is in very good condition.

Fishermen separate a young orca whale (Willy) from his parents and he ends up in a fish bowl at a marina. Meanwhile, a street kid runs afoul of the law and gets caught vandalising the marina, but his social worker gets him off the hook (so to speak) provided he cleans up his mess at the marina. While there, he befriends the whale and teaches him tricks, something the trainer hasn't been able to do.

A lot of people, new to collecting, are confused about the word Original. " In terms of movie scripts, the term "Original means that it was used by the production company in the early stages of production or that it was issued out to the cast and crew members during filming, and used at the time of production. Any scripts printed or used in any fashion after filming has completed are known as either a reproduction or a post-production script. These two types of scripts are much less valuable and desirable. All of our scripts are Original. An original movie script has a lot of character in the item itself and every one of them is different in some way or another. There is usually only one script given to each crew member during production, however, sometimes they do get more than one. This makes original movie scripts very desirable because of how scarce they are. Any changes made to the screenplay during production are known as revisions and these revision pages are inserted into that one script that was issued out to them. For example, if we are talking about a low-budget film with a small cast and only a few crew members, there are actually only a small number of scripts in existence around the world for that film.