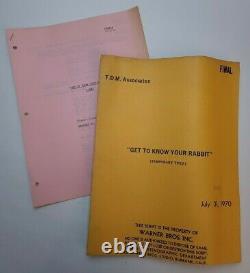 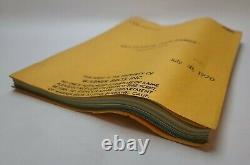 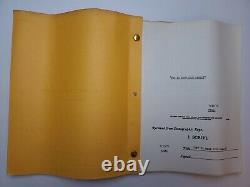 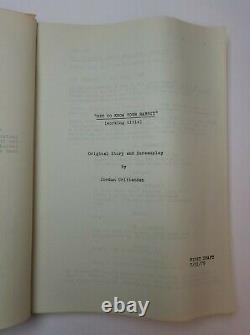 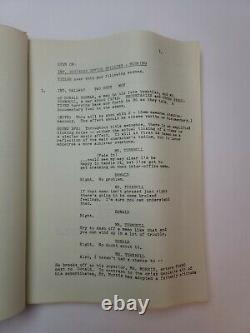 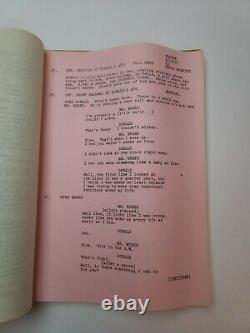 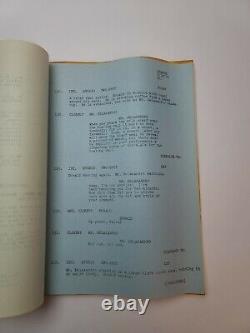 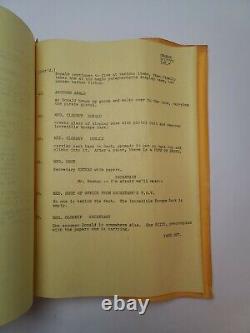 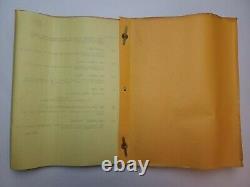 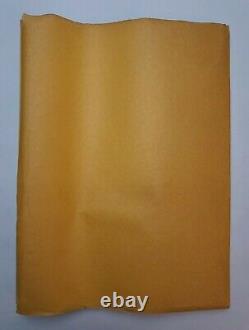 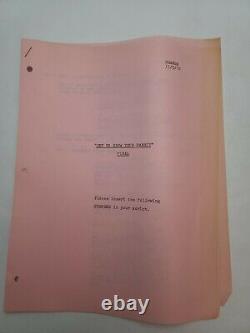 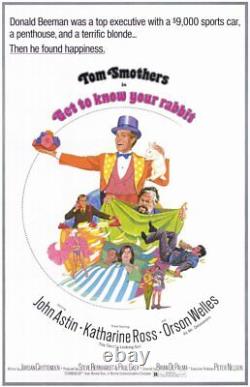 It is complete and it is 128 pages long. This script also includes a few additional revision pages that have not been inserted into the script yet, they are dated November 1970. The entire script is curved and wavy from being in storage for many years, and sitting sideways in a box. Please view all of the pictures above carefully. It's in good overall condition. Corporate executive Donald Beeman, fed up with the rat race, impulsively quits his job and takes to the road as a traveling tap dancing magician under the tutelage of Mr.

Turnbull, determined to convince him to return to his nine-to-five existence, chases after him as he performs his routine in seedy nightclubs and honky tonks, but instead the two create Tap Dancing Magicians, a course for pressured businessmen. When their little venture becomes one of the most successful corporations in the world, Donald ironically finds himself feeling the same way he did when he originally quit his job. THE POSTER SHOWN IN THE LAST PICTURE ABOVE IS NOT INCLUDED, IT IS JUST BEING USED AS A VISUAL REFERENCE. Specializes in rare and collectible movie scripts.

Whatever actor, producer, director, writer or specific film department you are looking for, we probably have a movie script related to the person you are looking for in some form or fashion. I know that there are a lot of items to search through, but there is definitely something for you. Once you check off this little box it will allow you to search for a specific word that is contained in any of our listings' actual description. Here all of the original movie scripts will be categorized by decade, which will help you to narrow down what you are looking for by the year it was made. This item is in the category "Entertainment Memorabilia\Movie Memorabilia\Scripts\Originals\Unsigned". The seller is "themoviewizard" and is located in this country: US.