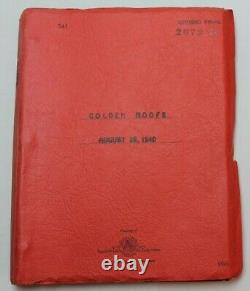 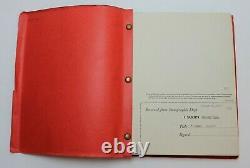 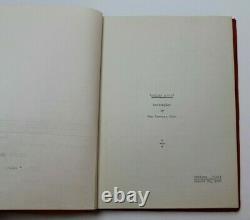 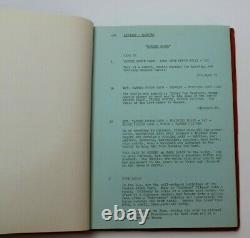 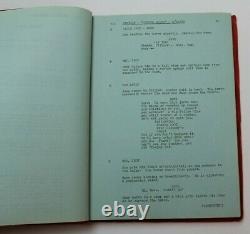 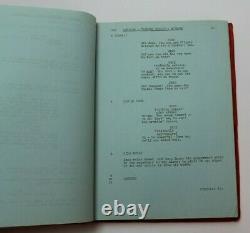 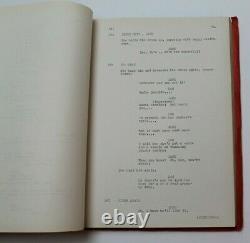 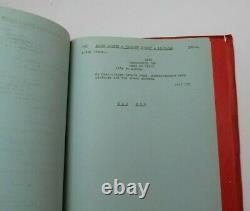 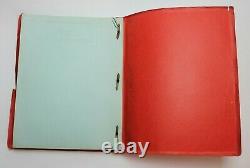 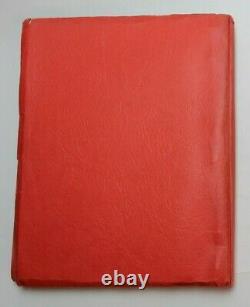 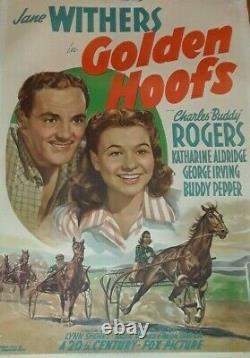 Script Dated: August 26, 1940. This is an Original Movie Script used during the making of the 1941 movie titled, "Golden Hoofs". It has the original red, Twentieth Century Fox, production cover. This complete script has all blue and white pages throughout inside. It is 143 pages long.

The outer cover has some small tears around the edges. Please view all of the pictures provided above. It is in good overall condition. Jane's grandfather must sell his trotting horse farm.

She falls for the business-minded young man who buys it and hopes to teach him the pleasures of trotting. POSTER IS NOT INCLUDED, IT IS JUST BEING USED AS A VISUAL REFERENCE. Specializes in rare and collectible movie scripts. Our scripts are genuine, authentic and screen used. We also carry movie props from no genre in particular.