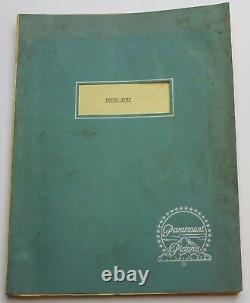 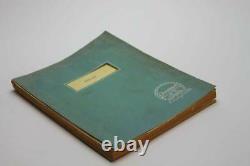 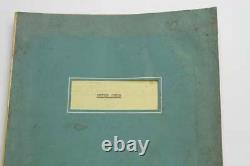 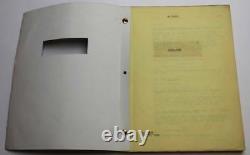 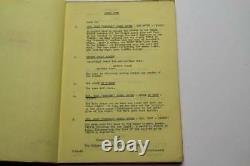 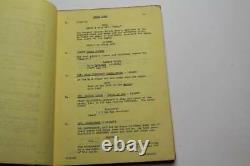 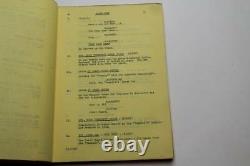 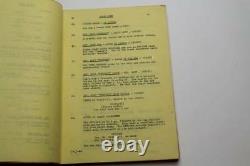 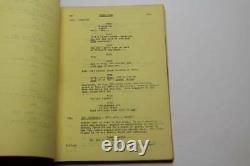 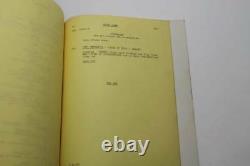 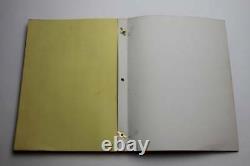 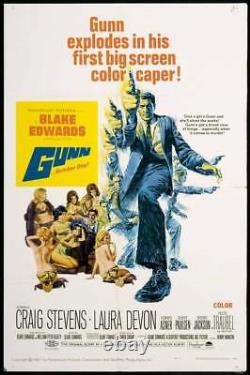 Script Dated: July 11, 1966. This is an original movie script from the 1967 mystery film, Gunn. " This script has the original Working Title of the film which was, "Peter Gunn.

This script also has the original Paramount Pictures production cover. It is 143 pages long and has all yellow pages inside. The cover has some discoloration along the right edge from being stored away for many years. The very top right corner of the first several pages have a little stain mark. Please view all of the pictures above carefully.

This script is in good overall condition. Peter Gunn investigates the murder of Scarlotti, a mobster who once saved the detective's life.

The primary suspect appears to be Fusco, who has taken over. In the middle of the case, an unclothed woman calling her self Samantha shows up at Gunn's apartment. The investigation gets grizzlier as it goes on, including the bombing of Mother's, one of Gunn's hangouts.

Finally, Fusco gives Gunn a deadline to prove the mobster didn't kill Scarlotti - or else Gunn will be killed. THE POSTER SHOWN IN THE LAST PICTURE ABOVE IS NOT INCLUDED, IT IS JUST BEING USED AS A VISUAL REFERENCE. Specializes in rare and collectible movie scripts. Our scripts are genuine, authentic and screen used. We also carry movie props from no genre in particular.