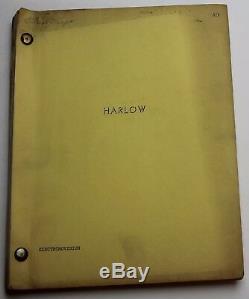 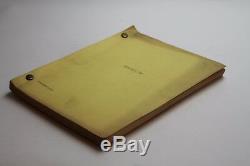 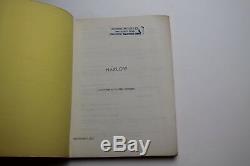 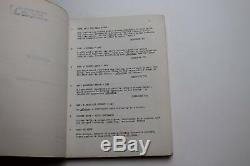 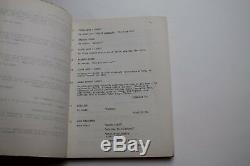 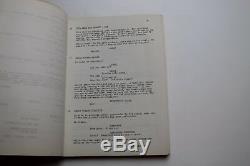 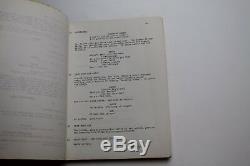 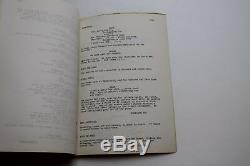 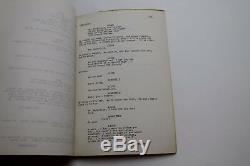 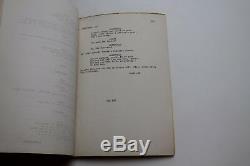 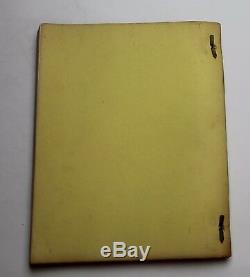 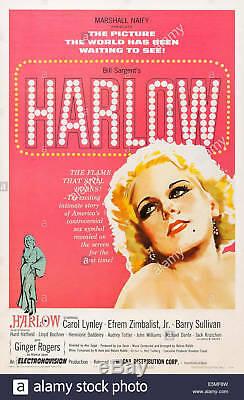 This is an original movie script from the 1965 film, Harlow. This script has the original production cover. The cover has some discoloration around the edges from being in storage for many years. It is complete with all of the white studio issued pages inside and is 153 pages long.

Please view all of the pictures above carefully. This script is in good overall condition. There are 2 different films that were released in 1965 titled, Harlow.

This script is from the film which was written by, Karl Tunberg and starring Carol Lynley, as Jean Harlow. One of two "Harlow" film biographies that appeared in 1965, this one stars Carol Lynley in the title role that begins as Jean Harlow, a bit player in Laurel and Hardy comedies, is invited to test for director Jonathan Martin for the lead in Howard Hughes's Hell's Angels. " She is an instantaneous sensation, and in a series of films devoted more to her body than her talent, she becomes Hollywood's "Platanum Blonde. THE POSTER SHOWN IN THE LAST PICTURE ABOVE IS NOT INCLUDED, IT IS JUST BEING USED AS A VISUAL REFERENCE. Specializes in rare and collectible movie scripts. Our scripts are genuine, authentic and screen used. We also carry movie props from no genre in particular.

Once you check off this little box it will allow you to search for a specific word that is contained in any of our listings' actual description. Here all of the original movie scripts will be categorized by decade, which will help you to narrow down what you are looking for by the year it was made. The item "Harlow 1965 Movie Script Screenplay Carol Lynley & Ginger Rogers, Drama Film" is in sale since Wednesday, March 27, 2019. This item is in the category "Entertainment Memorabilia\Movie Memorabilia\Scripts\Originals\Unsigned".