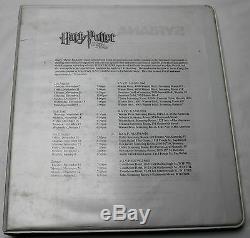 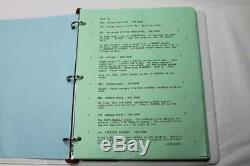 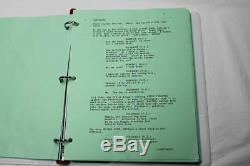 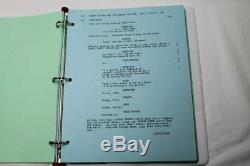 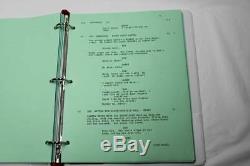 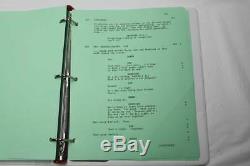 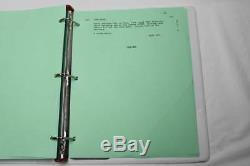 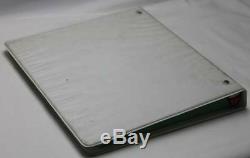 Title: Harry Potter and the Goblet of Fire. Script Dated: July 16, 2004. This is an Original Movie Script from the 2005 movie, Harry Potter and the Goblet of Fire. It has some blue colored revision pages inside. It is 129 pages long. Please view all of the pictures provided above. It is in very good overall condition. Harry's fourth year at Hogwarts is about to start and he is enjoying the summer vacation with his friends.

They get the tickets to The Quidditch World Cup Final but after the match is over, people dressed like Lord Voldemort's'Death Eaters' set a fire to all the visitors' tents, coupled with the appearance of Voldemort's symbol, the'Dark Mark' in the sky, which causes a frenzy across the magical community. That same year, Hogwarts is hosting'The Triwizard Tournament', a magical tournament between three well-known schools of magic : Hogwarts, Beauxbatons and Durmstrang.

The contestants have to be above the age of 17, and are chosen by a magical object called Goblet of Fire. On the night of selection, however, the Goblet spews out four names instead of the usual three, with Harry unwittingly being selected as the Fourth Champion.

Since the magic cannot be reversed, Harry is forced to go with it and brave three exceedingly difficult tasks. POSTER IS NOT INCLUDED, IT IS JUST BEING USED AS A VISUAL REFERENCE. Specializes in rare and collectible movie scripts. Our scripts are genuine, authentic and screen used. We also carry movie props from no genre in particular.

I know that there are a lot of items to search through, but there is definitely something for you. Once you check off this little box it will allow you to search for a specific word that is contained in any of our listings' actual description. Here all of the original movie scripts will be categorized by decade, which will help you to narrow down what you are looking for by the year it was made. The item "HARRY POTTER and the Goblet of Fire 2004 RARE Original Movie Script Screenplay" is in sale since Wednesday, March 27, 2019. This item is in the category "Entertainment Memorabilia\Movie Memorabilia\Scripts\Originals\Unsigned".