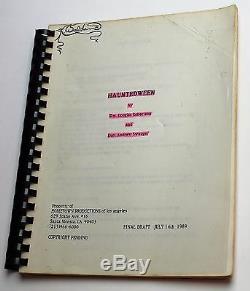 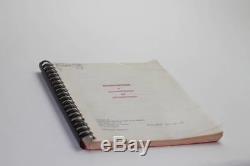 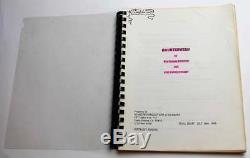 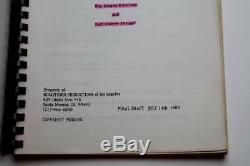 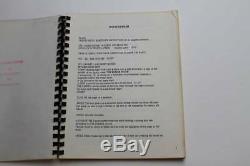 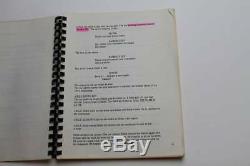 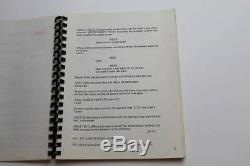 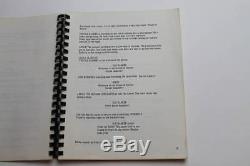 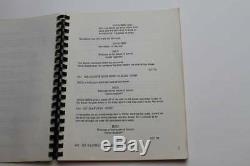 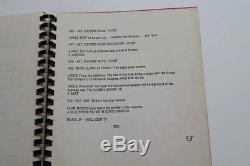 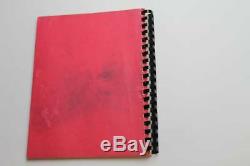 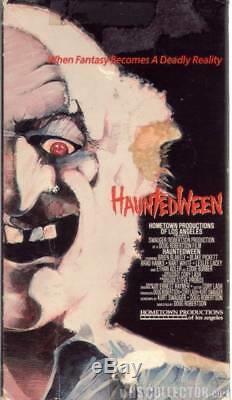 Writers: Kurt Andrew Swauger & Wm. Hometown Productions Of Los Angeles. Script Dated: July 14, 1989. This is an original movie script from the 1991 Horror film, HauntedWeen. It has all white pages and is 83 pages long.

Some of the pages have highlighter markings from during filming. Please view the pictures above. This script is very rare, it's an awesome piece of movie memorabilia.

Twenty years ago a deadly accident forced Eddie Burber from his home. Since Eddie was younger he wanted to be part of the family business The Burber Haunted House.

A note is placed on the local Fraternity giving permission to use the old house as a fund-raiser. While the students prepare the house, they soon are hunted down and placed in the Haunted House for amusement. One thing is for sure. Nobody knows it really happening - People are dying, and people are laughing. POSTER IS NOT INCLUDED, IT IS JUST BEING USED AS A VISUAL REFERENCE. Specializes in rare and collectible movie scripts.

We also carry scripts used in Television, Broadway, Radio and other forms of entertainment. Every script that we own was hand-picked one at a time over the many years of which we have been collecting. A lot of people, new to collecting, are confused about the word Original. " In terms of movie scripts, the term "Original means that it was used by the production company in the early stages of production or that it was issued out to the cast and crew members during filming, and used at the time of production. Any scripts printed or used in any fashion after filming has completed are known as either a reproduction or a post-production script. These two types of scripts are much less valuable and desirable. All of our scripts are Original. An original movie script has a lot of character in the item itself and every one of them is different in some way or another. There is usually only one script given to each crew member during production, however, sometimes they do get more than one. This makes original movie scripts very desirable because of how scarce they are. Any changes made to the screenplay during production are known as revisions and these revision pages are inserted into that one script that was issued out to them.

I know that there are a lot of items to search through, but there is definitely something for you. Once you check off this little box it will allow you to search for a specific word that is contained in any of our listings' actual description. Here all of the original movie scripts will be categorized by decade, which will help you to narrow down what you are looking for by the year it was made. The item "HauntedWeen 1989 Original Movie Script Retro Horror, Slasher Cult Film" is in sale since Thursday, January 24, 2019.